Wineaux – a wine lover that uses a glass

The Wineaux definition above was printed on a cute t-shirt my in-laws gave me as a gift. 🙂 How appropriate!

The reason why I mention this is that something happened unintentionally. I asked three people in my life to be guest bloggers this week. After I started thinking about how I would introduce them, I realized that the reason I knew them was that we all have done in-home Wine Tastings as part of The Traveling Vineyard! Without even knowing it, I made a connection… We were all fellow Wineaux.

My biggest fear is not doing these great friends of mine justice in introducing them, but here goes! These are the people you’ll be meeting this week:

Jared and I met at a team gathering for The Traveling Vineyard, not too long after I first joined. Since then, he’s kind of become the older brother that I never had. (Okay, he’s not that much older, but my younger brother is 6 feet, 4 inches tall, so I can’t exactly call Jared my bigger brother.) Jared took some extensive courses and got his Wine Professional Certification a few years back. Our love of wine and dining out in the Twin Cities are just two things we have in common! 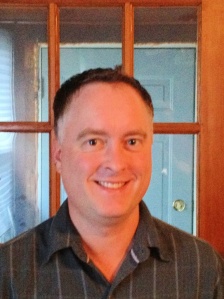 I believe Penny and I first met at a Leadership Conference for The Traveling Vineyard in Florida. Although she was in Iowa, we became great friends. We worked for and earned Team Leader status right around the same time. And although it was such a great accomplishment, we wished that someone had come and thrown confetti like we just won a new car. That’s how giddy we felt. Over the years, we’ve been able to earn trips and travel together. She is one friend that will listen until the cows come home… {She is in Iowa, ya know…}. 😉 And while she can be dead honest and tell it like it is, fellow consultants still call her “Positive Penny” for a reason. 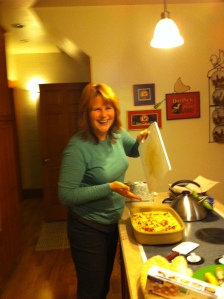 Although she was a consultant on different team in Minnesota, our paths crossed enough that Stacy and I became fast friends. It seemed that we had so much to talk about right from the start. And while we didn’t really have a whole lot in common at the time {now that I give it some thought}, we think so much alike. It’s *almost* scary. Stacy and I can sit and talk for hours. When she lived nearby and worked from home, she’d let me ship my tasting sets to her address so she could sign for them. I’d come over to pick them up and we would talk for hours. It was the perfect excuse to get together and see each other. {And it was often over wine, of course.}

Stacy (a fellow Wineaux) and family - adorable, no?!

These are just three people that I have come to know and love through The Traveling Vineyard. That was one thing I didn’t expect nor was I looking for when I stared doing Wine Tastings. Rarely does someone go into a direct sales party-plan business looking for more friends. But that’s been the most rewarding part. I can’t imagine my life without these people now. It kind of makes me teary-eyed!

Oh, and if you are lucky, you just might see a guest post from Rob this week, too…We will see!

In any case, if you haven’t read my mantra anywhere quite yet, I just need to sum my guest posts up with it:

“Over a bottle of wine, many a friend is made…” (Unknown)