Is it March already? I haven’t even told you what came in my February Love with Food and Goodies boxes yet! Since people have been asking which one I like better, this Subscription Box Saturday, I’ll tell you what I think about both of them. But first, the contents: 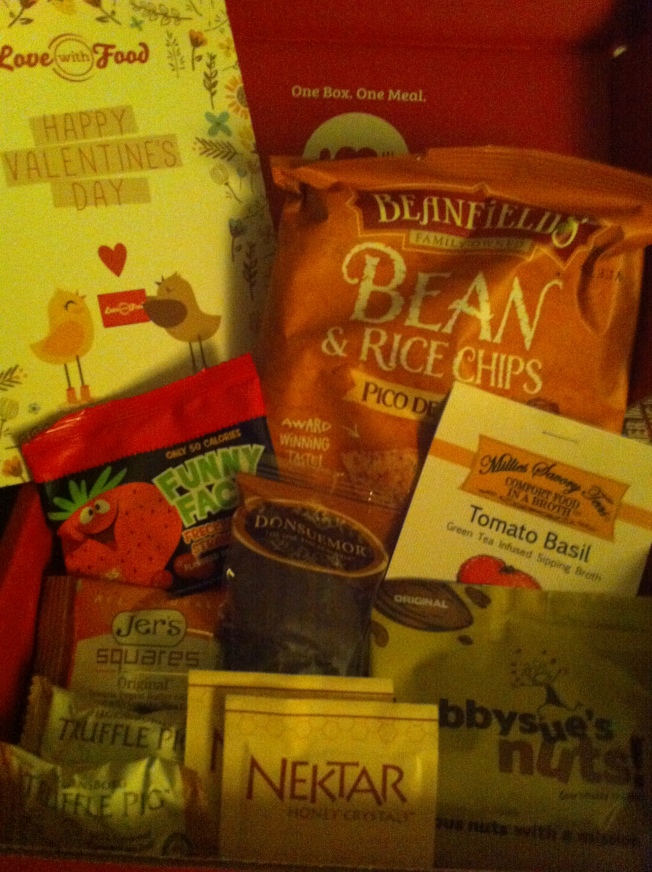 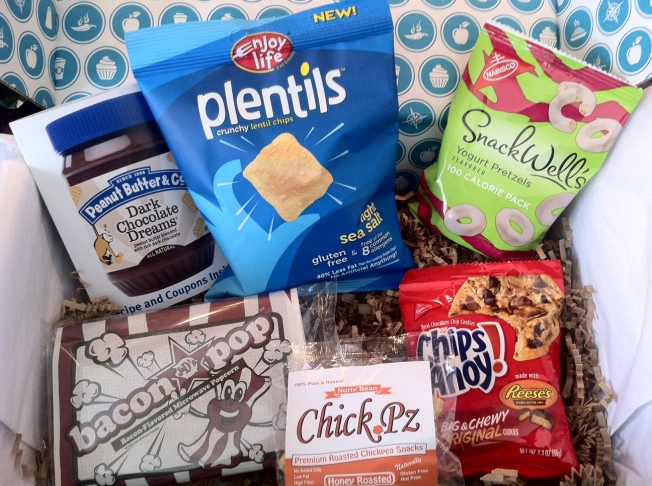 So what’s the difference between these two boxes? If you had to choose one, which one should you get? Here are my thoughts:

In my opinion, although they don’t state such, Love with Food seems to put in their boxes… more natural items, for lack of a better term. They are often items often natural or organic or products made with non-GMO ingredients. Also, I’ve seen items that are gluten-free or nut-free. It’s as if they are introducing all of us into alternative products. Most of them, I’ve never heard of before. The other thing I like about Love with Food is that they donate a meal to a child in need for every box shipped. It’s $10 a month plus $2 shipping.

On the other hand, a Goodies box is only $7 per month (includes shipping). Goodies is a company owned by Wal-mart, so I think it’s a test market for some of their snacks! I don’t think the focus is on healthy, nutritious or natural ingredients; however, that doesn’t mean that some of their snacks don’t fit into that category. The samples are a little larger, too.

Do I prefer one box over the other? I guess I’d have to say that Love with Food is a very slight favorite. But at $7 for a Goodies box, it’s really hard to pass up. Choose the box based on what you or the person you are getting it for likes!

And now, my Friday Food Journal

Magic Smoothie – the same concoction as earlier in the week.

Salad – same as Thursday, except I added a little olive oil to the balsamic glaze. Guess what? It tasted just like the dressing I so used to adore at Pardon my French! I always wondered what it was that made their dressing so good. I thought that perhaps they added honey, but I think I’ve figured out that it was a reduced balsamic!

We went to play poker at a friend’s place. Beforehand, we dined at the Lone Oak Grill in Eagan. We started with a couple of beers: 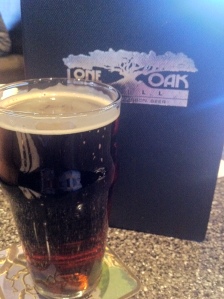 They had Koko Brown on tap!

Koko Brown is a Hawaiian beer made with toasted coconut that we had when we were there last year, but we never had it on tap! It was a no brainer for me to order it. I savored every sip.

For dinner I had some étouffée from their Bourbon Street menu and added blackened chicken. My photo was a blur. While the flavor was good, the dish was mostly rice. I ate the juicy blackened chicken, but didn’t have much of the rice. I just didn’t want it. So I had a couple of pieces of Rob’s thin flatbread: 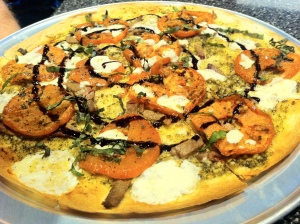 I enjoyed another refreshing beverage, too:

That made me want to sip some bubbly while I played poker… so I picked up a bottle of cava on the way to the event. While playing poker, I didn’t could have resisted the spice cupcakes, but I didn’t. I ended up eating more than I am willing to admit.

Is there a certain food that you can’t keep in your house knowing that you’ll eat too much of it?