One Sunday afternoon, Rob I were in search of a late lunch South of the River. Originally, Rob had chosen White Castle in Apple Valley; but I objected! Instead, I suggested Vivo since he hadn’t been there yet.

We pulled up to the bar (our favorite place to sit) and ordered a drink. This is where I had that wonderful Pomelo Margarita! 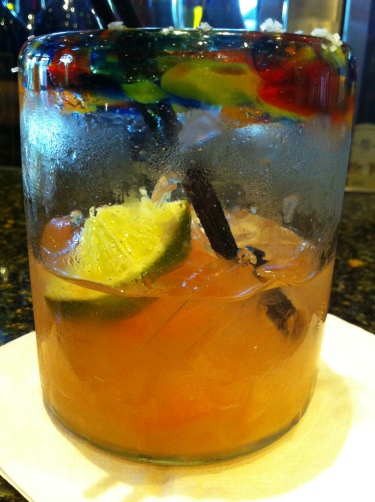 I inquired about their menu. Unfortunately, they were serving only the brunch buffet until 4pm. So we brainstormed where to go instead. Rob was trying to recall a good burger joint that he knew was further south. He couldn’t remember exactly where it was or what it was called. He texted his co-worker and we asked the bartender, as well.

We finally discovered it was King’s Place in Miesville.

I had no idea where Miesville was; so we plugged the address into KITT (as our GPS is affectionately named) and drove the 25 minutes further south in search of these burgers.

You can’t miss King’s Place as you pull into Miesville, population 105. And the place was packed… at 2:30 in the afternoon! People were waiting outside with beers in hand. Luckily, we were able to grab two seats at the bar. Most of the people seated at the bar were waiting for tables. But they handed us a couple of menus. 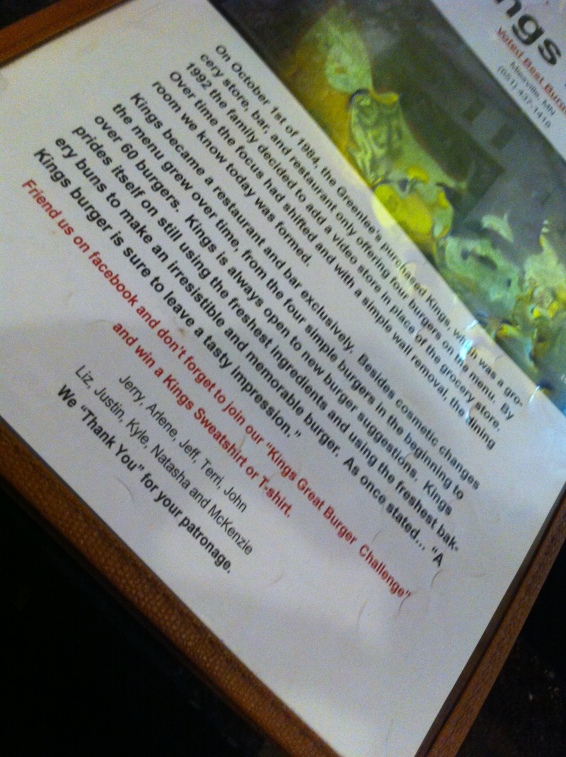 I was overwhelmed by the number of burger choices! Here are just a few:

You can add an appetizer as a side, if you’d like. 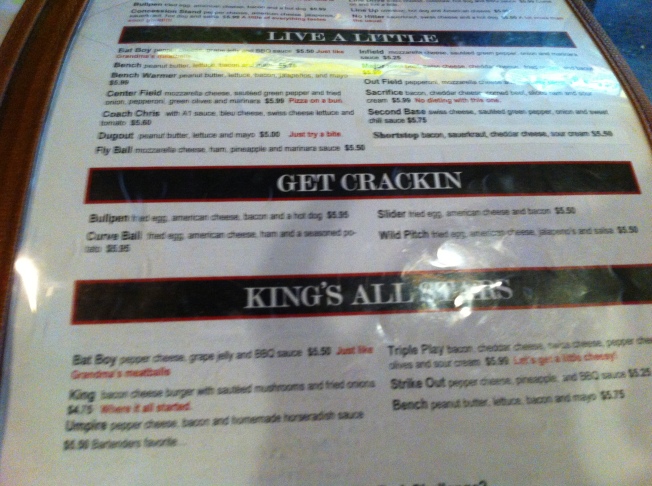 There are hot dogs, too… 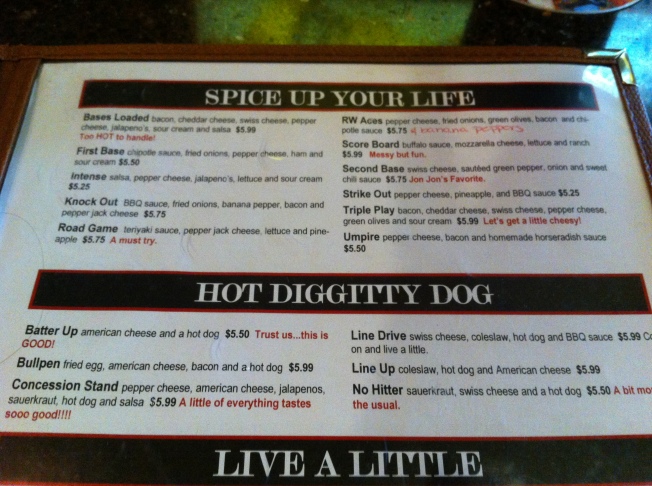 After we ordered, we saw this on the wall. Rob decided to give it a try…

No, not the Fireball! The Cabin Fever Maple Whiskey. I took a whiff and it smelled incredible! We may have to find it and bring it back for my dad come Christmastime…

So what did we ultimately choose?

The burgers were very, very good. I’ve never had a burger with raw green pepper on it like this. And I always forget how much I love horseradish sauce until I have it again!

We both were happy that we went. We agreed that we probably wouldn’t make the trek out there purposely again. But if we were in the neighborhood, maybe on the way back into town or golfing nearby, it’d be worth a stop.