When a fellow Aussie Wineaux friend told me that Melbourne is a Food and Wine Lover’s Paradise, I knew it was a part of Australia we could not miss. {Especially when several other friends chimed in!}

We opted to take an inexpensive one and a half hour flight from Sydney to Melbourne rather an endure a 10-hour drive together. We know better! But that hour and a half flight turned into three hours when an emergency medical situation turned our flight back around.

But when we finally did arrived in Melbourne, it was an absolutely gorgeous day!

I found a great deal on a hotel just on the outskirts of the city in St. Kilda. The Cosmopolitan was right near the beach and across the road from Luna Park and the Palais Theater. 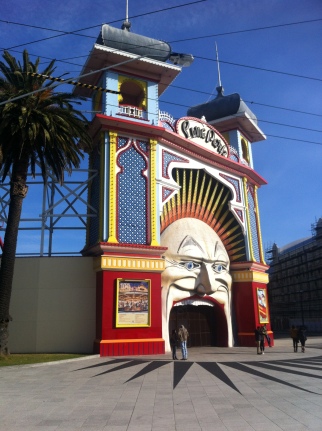 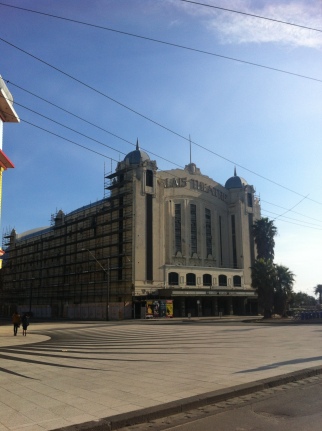 We were near the corner of Acland and Carlisle Streets which meant that we had a number of shops, cafes, restaurants, pubs and bake shops at our disposal. The  hardest part would be choosing!

Since we arrived later than we expected, we were quite hungry for lunch. Rob was really in the mood for pasta, but the Italian restaurants that were recommended to us were only open for dinner. He finally found some pasta on the menu when we walked by Abbey Road Cafe. The menu looked good to me, so we popped right in.

While the restaurant name might suggest The Beatles, this place was really about all music of eras past. The decor was nostalgic.

How did we choose a wine? We wanted something local that we couldn’t get back home. I don’t think I’ve ever seen a wine in the U.S. from the Mornington Peninsula! 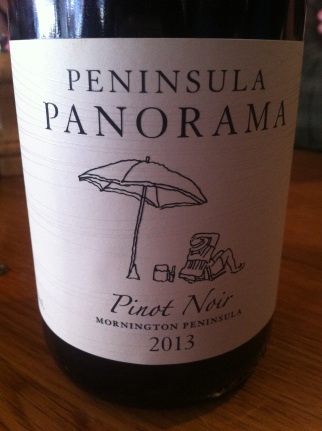 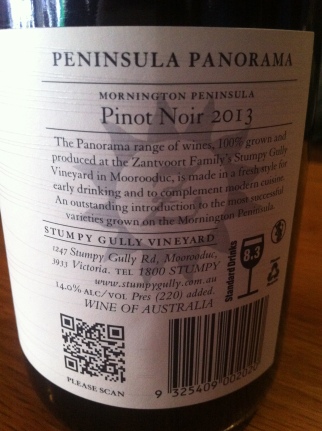 All my Wineaux friends will laugh at how many glasses are supposed to be in this bottle: 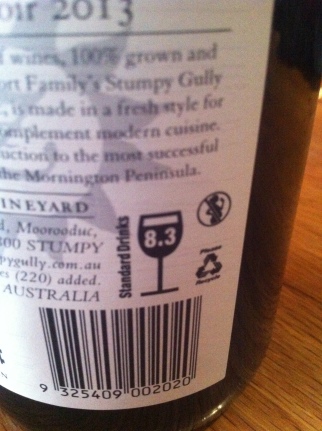 Rob was more than satisfied with the fresh ingredients in his pasta: 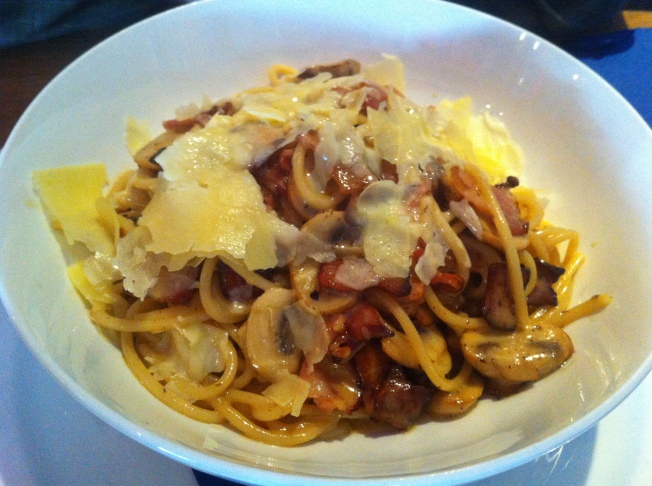 And you won’t believe what I ordered… I was in LOVE! Look at all of those tomatoes! 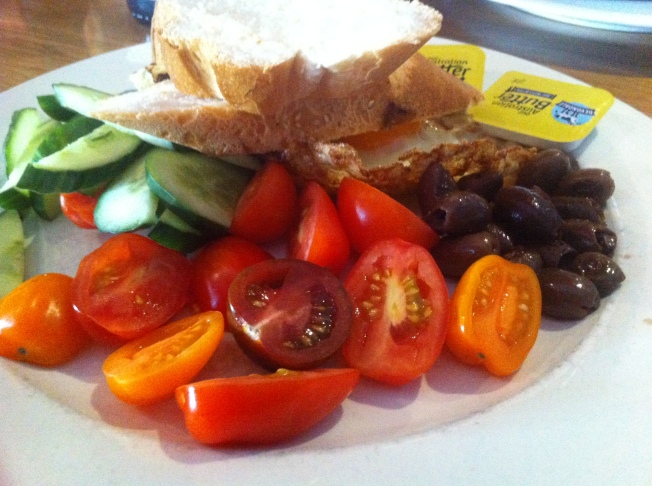 Those tomatoes were fresh and juicy. The cucumbers were crisp and had the flavor of just being picked from the garden. The olives were succulent, the bread crusty and the fried egg had a crispy edge. How could I ask for more? Oh, wait, that’s right. It’s a vegetarian plate – so there was also grilled Halloumi cheese, too!

It’s almost like a friend knew I was coming and they put together a plate of my favorite foods! 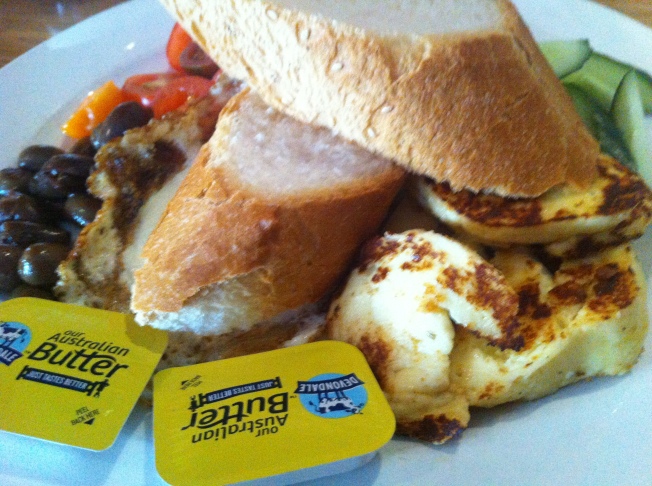 The egg is under the bread on the left. What looks like scrambled eggs or a pancake, perhaps, on the right is the halloumi. We saw it on a lot of menus, specifically in vegetarian dishes. It is a cheese with a high melting point, so it can stand up to grilling or frying. Halloumi originated in Cyprus, but it is common in Greece and other areas along the Mediterranean. Melbourne has a lot of Greek heritage and boasts the largest population of Greeks outside of Europe!

There was a tram stop right outside just a block from our hotel. A 15 to 20 minute ride took us to Federation Square. 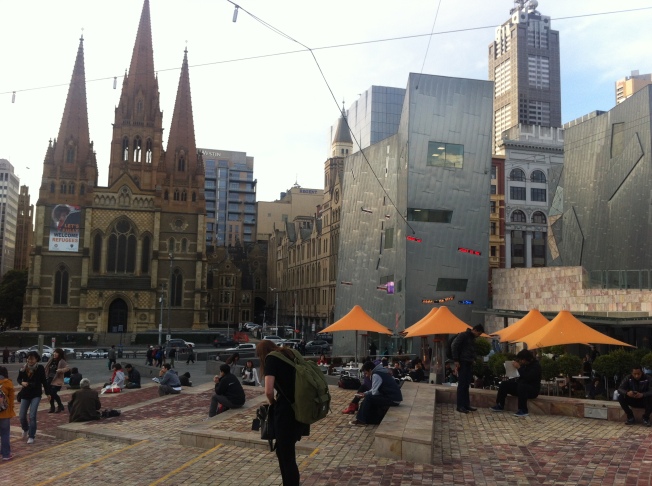 My Aussie expat friend Helen told me that I had to take Rob to Young & Jackson’s Pub, just off Federation Square. She said it’s every man’s right of passage to have a drink with Chloe.

Well, I certainly wasn’t going to deny Rob that opportunity. So off to Young & Jackson’s we went… 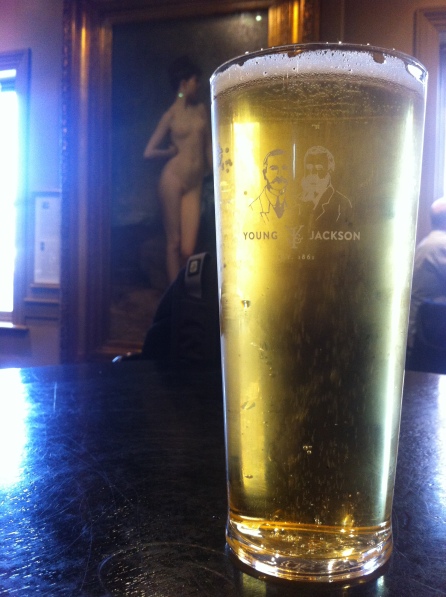 Well, that’s actually my cider pictured above. I wasn’t going let Rob sit in a room alone with a naked woman! 😉 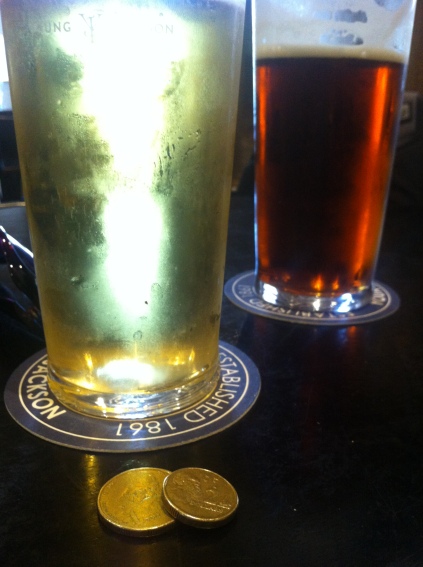 Chloé has graced Young & Jackson’s since 1909, where she will remain forever. She was painted by French artist Jules Joseph Lefebvre in 1875, when it was pretty racy for its time! You can find her in the upstairs bar. 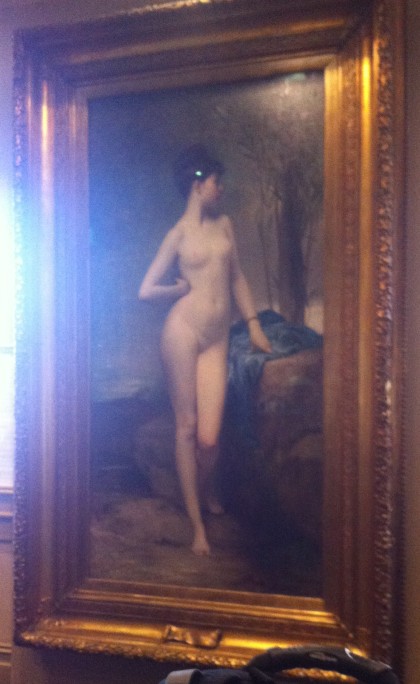 We loved this old pub so much that we came back on another occasion to enjoy some some cider and stouts in the lower level. I did find this sign in the bathroom a little strange though: 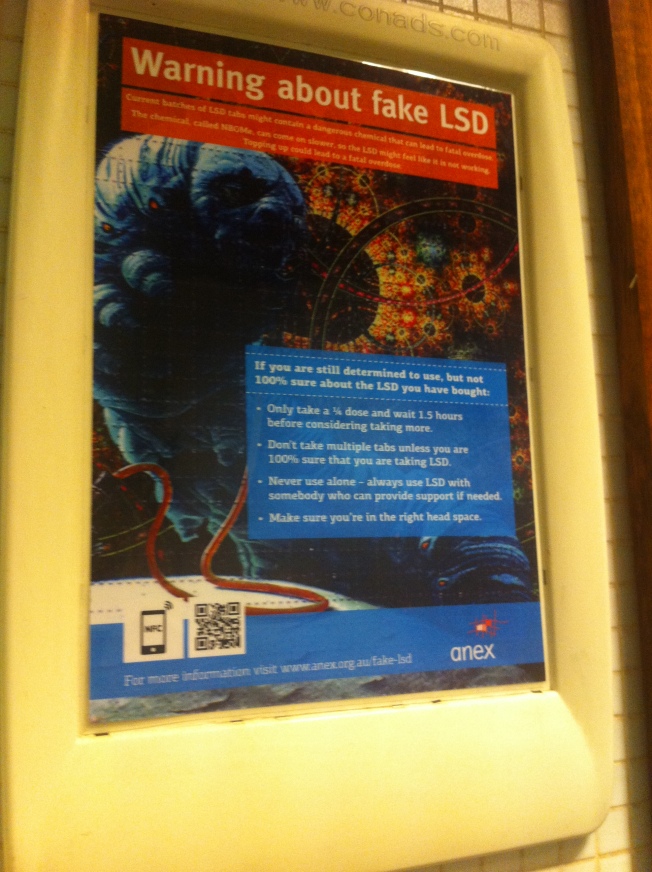 Is someone really “in the right head space” when they are doing LSD?

Just across the street from Young and Jackson’s is the grand Flinders Street Station. 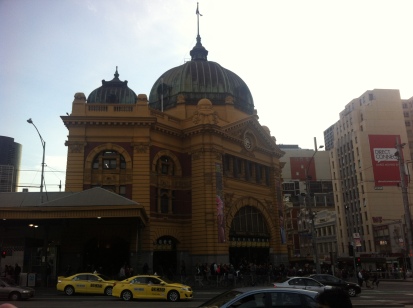 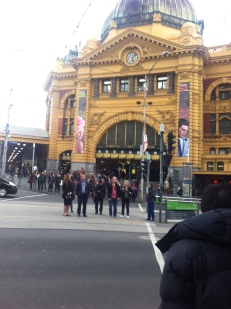 We wandered through a bit and then it was back to our hotel where we watched the sky change colors as the sun went down just before dinner. 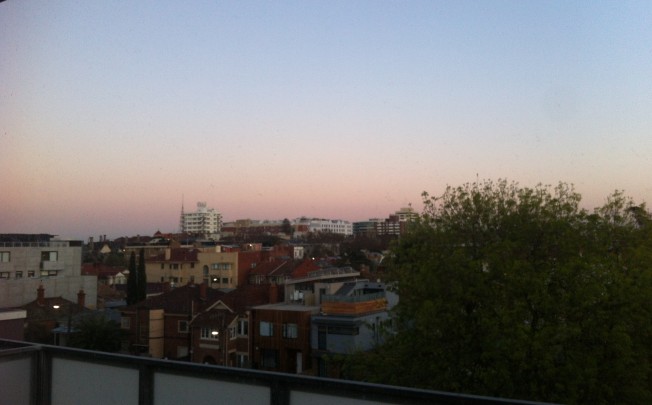 I knew I was going to like it here.

What would go on your platter of favorite foods?

You can read my other posts on our Australia trip here:

The One Thing I Didn’t Need to Bring to Australia
The Wattle and Bush Tucker
Scenes from Sydney
A Morning at Bond-Eye
The Blue Mountains
Sydney Eats
Sydney Dinners: His & Hers Picks