In 2002, three single girls went to New Orleans to ring in the New Year. The entire week was incredible, but that is for another post on Travels Past.

On New Year’s Eve, they ventured down to Bourbon Street. After walking a few blocks down, they found it nearly impossible to stick together through the crowds of people. Eventually, they had to grab each other’s jackets to keep together, surely looking like a catepillar from the balconies above. After arriving at Pat O’Brien’s, they fought their way toward the entrance to order themselves some original Hurricanes.

If it were not for the Hurricanes causing their bladders to weaken, they would not have met some wonderful friends that night! They popped into a restaurant to use the restroom, but also went to the bar to order drink…

Yes, that is where we met our Aussie friends, to whom we referred as Mum & Dad the entire night, if only because they were about our parents’ ages and had children about as old as us.

We spent the evening with them enjoying beverages, watching the ball drop from Jackson Square and continuing our post-New Year’s celebration at an Irish Pub. This photo still remains on my desk in my home office. Such fond memories! 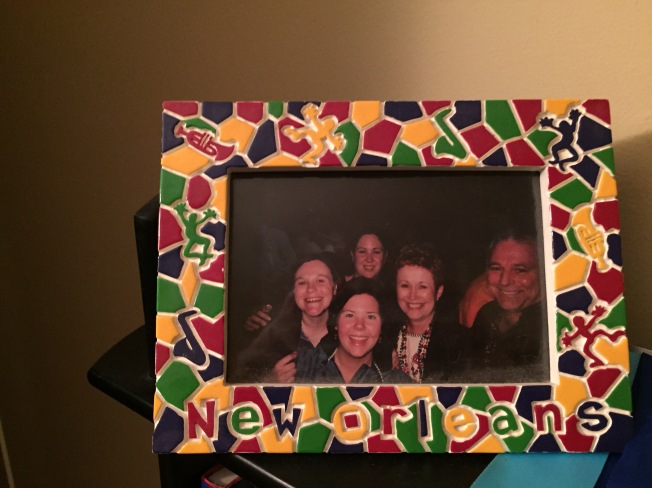 Boy do we look so young there!

As Rob and I planned our trip to Australia only a few months in advance, we had to assume this was going to be a once-in-a lifetime adventure. We had not yet traveled so far. With this in mind, we decided on Sydney, Melbourne, Uluru and the Great Barrier Reef. We wanted a little taste of a few different areas. There was much, much more on our wish list, but we didn’t want to overdo it or rush ourselves. And we only had two weeks. Consider the fact that Australia is about the size of U.S. Think about our fifty states and compare that with Australia’s eight states/territories. Each one is vast! We would get a little taste of four of them – New South Wales (Sydney), Victoria (Melbourne), Northern Territory (Uluru – aka Ayers Rock) and Queensland (Cairns/Great Barrier Reef).

Over the years we kept in touch with Mum & Dad (aka Barb & Tony IRL). When they heard that we were going to be in Australia, they made arrangements to meet us in Melbourne for a weekend! That’s a little over a three hour flight from where they lived. How sweet is that?!

On our first day with them, we sat down for coffee and discussed what we wanted to do. Tony reminded us that this was our holiday and that if wanted to do our own thing, we needed to let them know. They, in no way be offended. (Have I mentioned that they are the sweetest people ever?)

Tony had already researched local breweries (all of which were closed that day 😦 ), wineries and little places of interest along the way. The only “Touring Rule” was that if anyone, for any reason, saw something and was interested in stopping, we all had to do it – even if no one else is interested. I love that rule. We are going to steal that one!

We rented a car and Tony was a our Chauffeur… 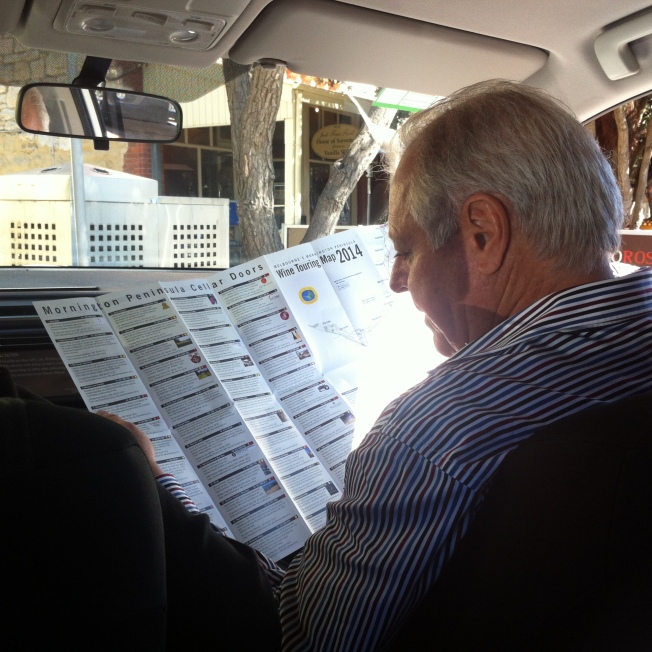 It was an absolutely gorgeous day. (We were lucky to have beautiful weather most of our trip. I’d highly recommend visiting in Spring, specifically September!) And isn’t the sea just lovely? 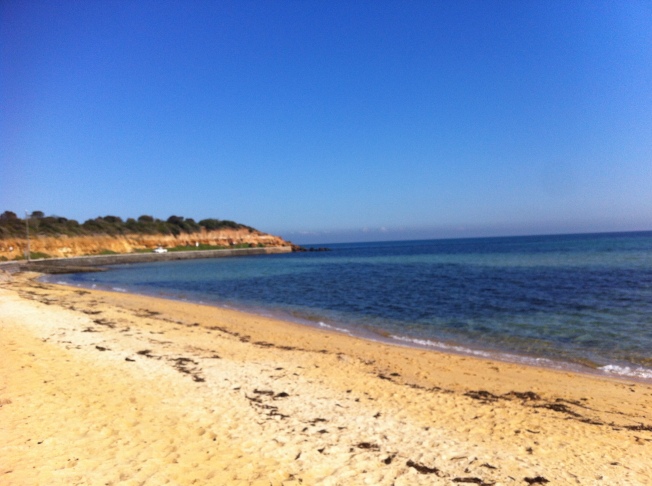 I feel so calm whenever I’m near the water. 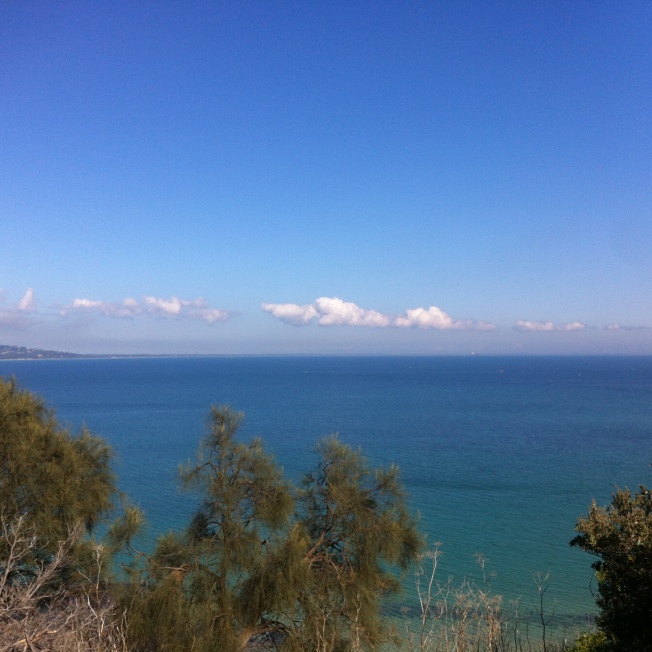 We stopped for coffee and tea and then later for lunch in Sorrento. This is where Rob had this wonderful local Imperial Stout: 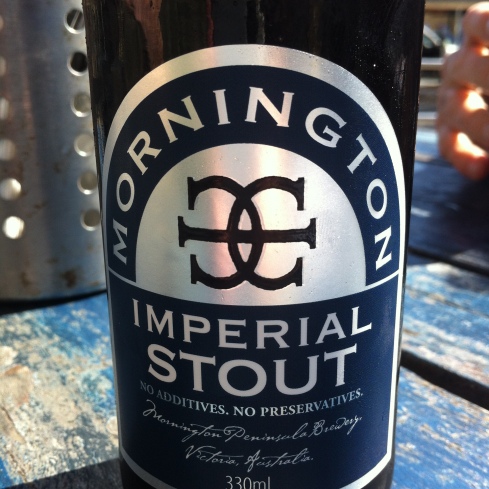 It was at The Continental that I could say I probably had my best meal of the trip! This is a region known for using local, seasonal ingredients and it definitely shows. Unfortunately, I didn’t get a photo of my beautiful salad which is also not listed on the current menu. But if my memory serves me correctly, there was arugula, fresh tomatoes, fresh mozzarella di bufala, dollops of pesto, maybe some olives and some nuts or seeds of some sort? Maybe some pumpkin, butternut squash or sweet potatoes? Something orange. All as I know is that I found myself saying, “Mmm….” in my head more times than I could out loud in public!

So, like in Ireland, I missed the photo opp of my most incredible meal, but we did get some photos of us! 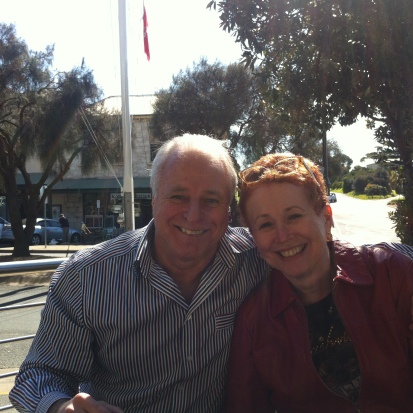 They are always photogenic and don’t look like they aged a day since I saw them last! It was like catching up with old friends, even for Rob who’d never met them before. 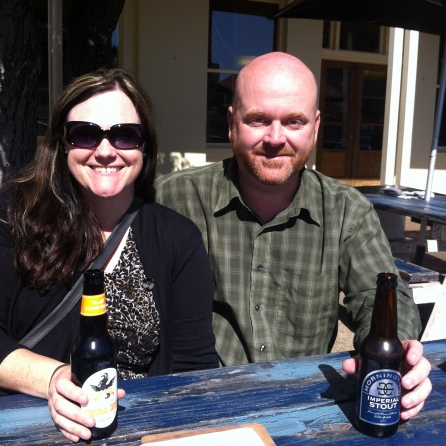 Can you tell that we were just a tad bit happy?!

For the record, I’m sipping a local cider in that photo. They’ll be more on Aussie ciders in an upcoming post… 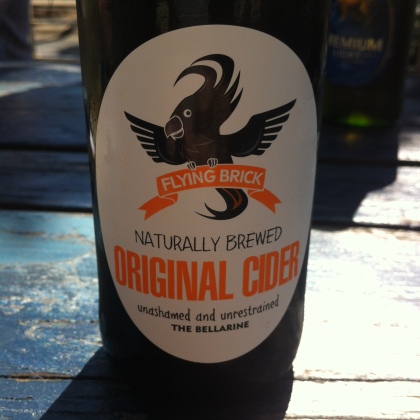 We did have time to stop at a Cellar Door… to do a little wine tasting. They seem to specialize in Pinot Noir in this region. I’m assuming that the grape varietal must thrive in the climate here. 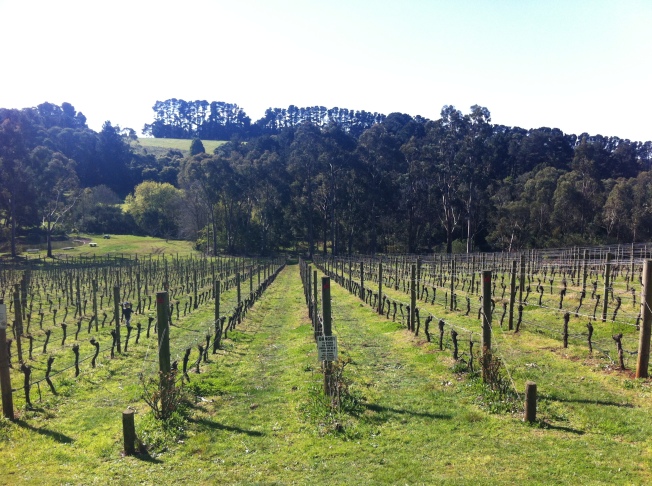 I loved seeing a vines planted among so many gum (eucalyptus) trees. And of course, there was the token vineyard dog… {Did I ever mention, Rob and I have a coffee table book on Sonoma Vineyard Dogs?!} 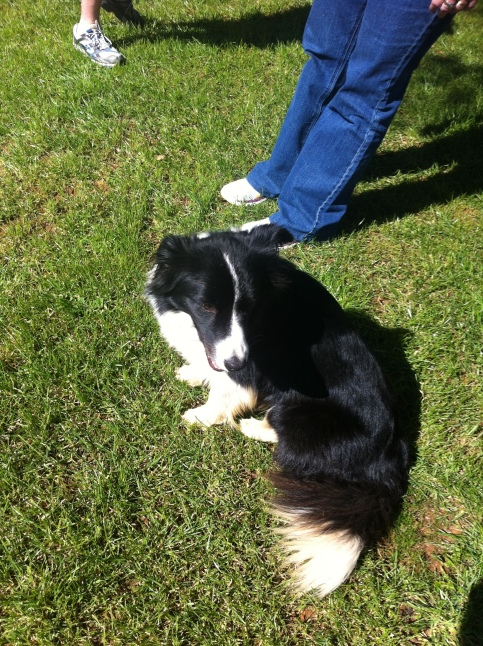 And this was only part of our first day with them. You have yet to learn about the Penguin Parade later that evening…

When we returned to the states and Rob and I had dinner with the girls, they asked him:

” I was pretty much…

Thank you so much Barb and Tony for giving us an experience of a lifetime!

Other posts on our trip to Australia:

The One Thing I Didn’t Need to Bring to Australia
The Wattle and Bush Tucker
Scenes from Sydney
A Morning at Bond-Eye
The Blue Mountains
Sydney Eats
Sydney Dinners: His & Hers Picks
An Afternoon in Melbourne