I found myself asking Rob this question throughout our trip to Australia.

We both were in awe of the exotic plants and birds in the Royal Botanical Gardens of Sydney. But it was our trip to see the penguins on Phillip Island near Melbourne when I first asked him:

When I was planning our trip to Australia, I knew that I just had to go see the Little Penguin Parade. I had read that they come out of the water in the evening and waddle up on to the beach and to their burrows at night.

But I didn’t know until I arrived that this was such a popular thing to do that The Little Penguins have their own grandstand to welcome their spectators! 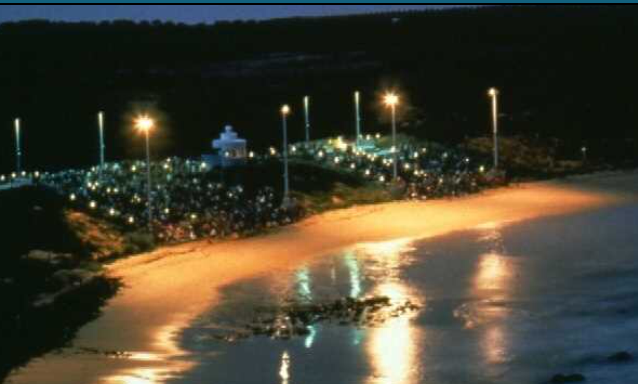 {Source: Phillip Island Penguin Parade App – Yes, there is an app for that!}

One can also upgrade to view the Little Penguins from a “private” balcony: 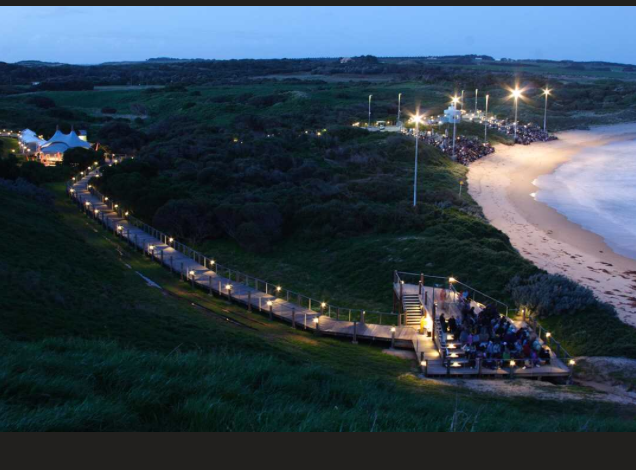 But we upgraded further to the Ultimate Tour. Along with Barb & Tony, we were four of just ten people allowed into another part of the National Park {off limits to the public at night} to view the penguins from the beach with night vision goggles. There is no photography allowed; not only for us, but for everyone in those grandstands. Unnatural light was as limited as possible. And since penguins do not come onto the beach until dark, we shouldn’t harm their eyes with bright lights.

A van transported us through the National Park to a set of stairs, where we would access the beach and then walk to the spot where we would park our seats and wait for the penguins.

Before we reached those stairs to the beach, a wallaby hopped across the road in front of the van.

I blinked. Then I looked over at Rob. That’s when I said to him:

Okay, so we’ve all seen kangaroos on T.V., maybe even at a zoo.

But here were were, in the wild…

…just like a deer would dart in front of us if we were driving down the road at home.

If you aren’t familiar, a wallaby is a type of marsupial very much like a kangaroo, but often smaller. {Of which there are over 60 species, did you know?!}

The type of wallaby found on this part of Phillip Island are Swamp Wallabies. 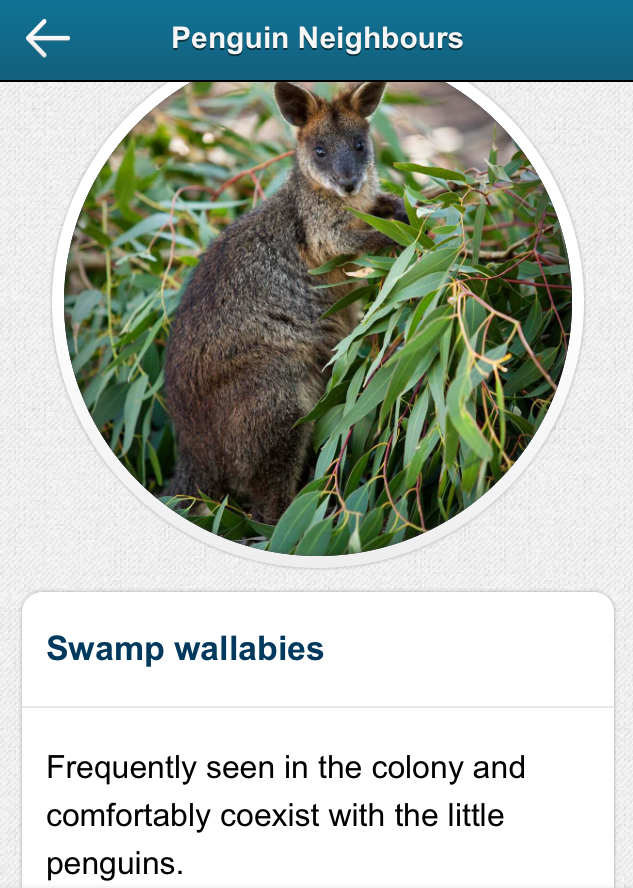 It was still light out when all of this happened. After accessing the beach and the little van that dropped us off drove away, we walked about a kilometer or two further. We arranged our seat mats on the sand and waited as the sun went down. You see, these birds are creatures of habit. They don’t come out of the water to their burrows every night; but when they do, they take the exact same path to get there.

Our guide/ranger’s other job was to count the number of Little Penguins coming out of the water onto the beach. It gives the Park an idea if the colony is growing or declining. The hope is for it to grow because many of the colonies on the island were wiped out as more and more people settled there. Reclaiming the area as a National Park has helped tremendously.

It was a beautiful night. The Melbourne area is known for being cold, wet and unpredictable, especially at night when the weather can vary greatly compared to that during the day. We lucked out. It was absolutely beautiful watching the sky change colors as the sun set and the stars appeared.

I was kind of glad that no photography of any kind was allowed. I got to enjoy the experience to its fullest without attempting to get a good pic. In the couple hours that we were out there, we saw 60 – 70 penguins waddle onto the beaches and march past us to their burrows.

Since I can’t show you what I saw, here are some photos from their app: 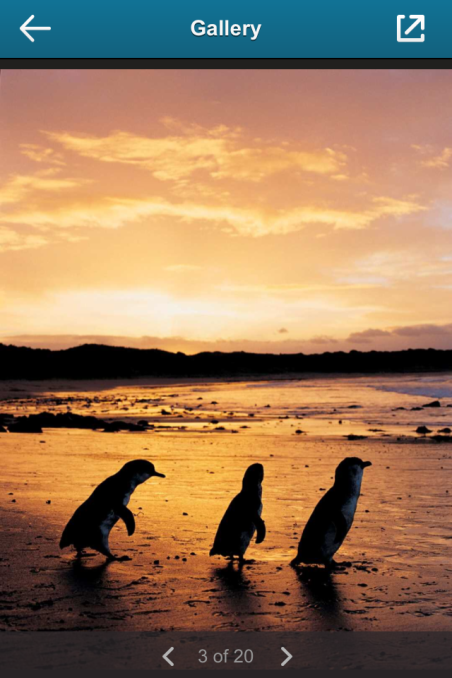 After the sun set, it got very dark. And because there was absolutely no artificial light in our part of the park, I was glad to have those night vision goggles!

The penguins arrived in groups as the waves crashed on the shore. And just as we were told, they waddled past us and to their burrows in a straight line, not veering off their paths in any way.

But, we did get to experience something else…

A few penguins went back to the water by themselves on separate occasions. Our guide told us that this was very unusual. These were pregnant mommas! She said that they were shell-gritters. They pecked in the sand for bits of shell to get the minerals needed during their pregnancies. This was a good sign of the growth for the colony!

Then, it was our time to walk back along the beach back to the stairs and then along the road back to the Visitor’s Center. It took much longer to get back because every time there was a penguin nearby, we stopped to give him/her some space to get to their burrow safely. Some of them had very long walks crossing roads within the National Park! 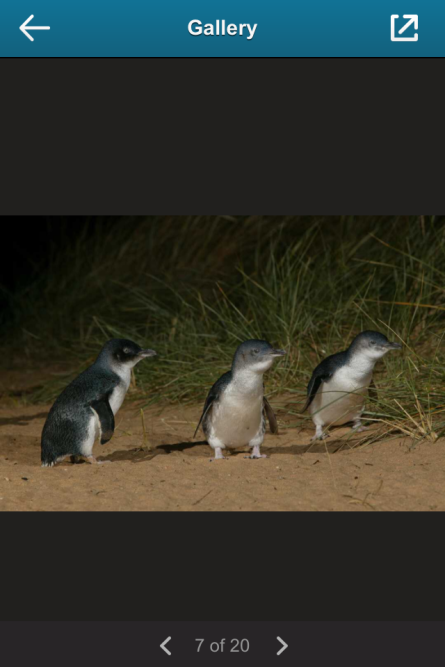 The Park even asks all visitors to look under their cars before driving away! No one would want to leave the Visitor’s Center and run over a penguin.

The whole experience was pretty incredible. I thought I would love it because I’d get to see penguins in their natural habitats. But it was so much more than that! We had a such a beautiful night. We got to see wallabies, even more on our walk back. We sat on the unspoiled beach, without a hotel or car or anything man-made in sight, with just the moon and stars above us. It was quiet. Was this real life? Yes… and I was content.

It was a long day. Tony drove us around all day, first to the Mornington Peninsula and then over to Phillip Island for the Penguin Parade. We stopped for a late dinner on the way back (recommended by a local guide) which was where Rob enjoyed his (unpictured) best meal of the trip (a pasta carbonara, I believe), while I had a pumpkin ravioli. I had to try something with pumpkin because I kept seeing so many pumpkin dishes while were were there.

We fell into bed that night…

And still wondering if this was real life.

And this was just the beginning of it all…

Other posts on our trip to Australia:

The One Thing I Didn’t Need to Bring to Australia
The Wattle and Bush Tucker
Scenes from Sydney
A Morning at Bond-Eye
The Blue Mountains
Sydney Eats
Sydney Dinners: His & Hers Picks
An Afternoon in Melbourne
Meet our Aussie Mum & Dad