Now it’s time for the best of this trip. It was also the least expensive! 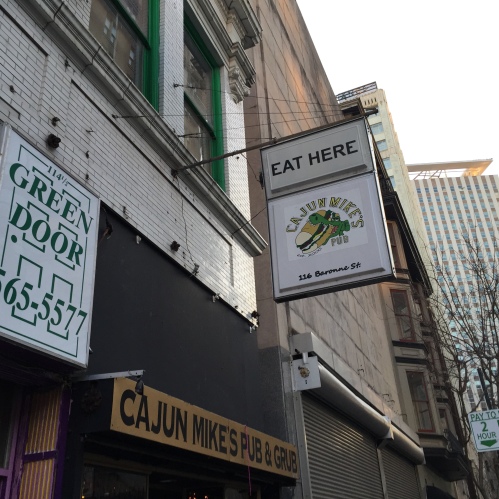 I probably would not have known about Cajun Mike’s Pub & Grub if it weren’t for Kat at Tenaciously Yours. She was in New Orleans this past year and I love the way she described it:

Billy to me: You are going to walk past this place and wonder, should I be here?  His observation was not incorrect.  This is absolutely a hole-in-the-wall dive bar that we never would have thought twice about!  The food was so cheap and so incredibly good, plus the low-key atmosphere was a nice break from the rest of the city.  Just how good was it?  We stopped for lunch on Wednesday and dinner on Thursday.  You must (must!) visit this place if you are in the city.

She then suggested the Cochon de Lait sandwich.

Cajun Mike’s also got stellar reviews on Yelp, but for all of their food, even the simplest stuff like red beans and rice. I was certain we would not be disappointed. 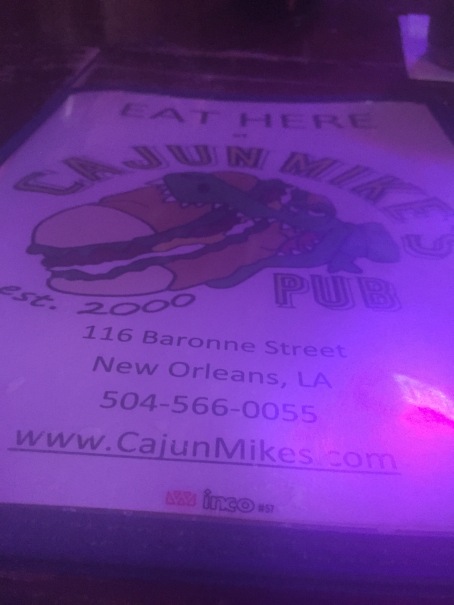 We went for an early dinner one evening. It’s a small dive bar and it was packed with loud clientele! We sat down at the only little high top table available and waited. It was smoky! {Smoking is still allowed in bars in New Orleans until sometime in April 2015.} Because of it’s divey-ness, we assumed that this would be the sort of place where we’d need to order at the bar. But the rail was crowded and no one else was eating. Instead, we decided to skip it and go back for lunch the next day.

We are so glad we did!

Just look at these prices. 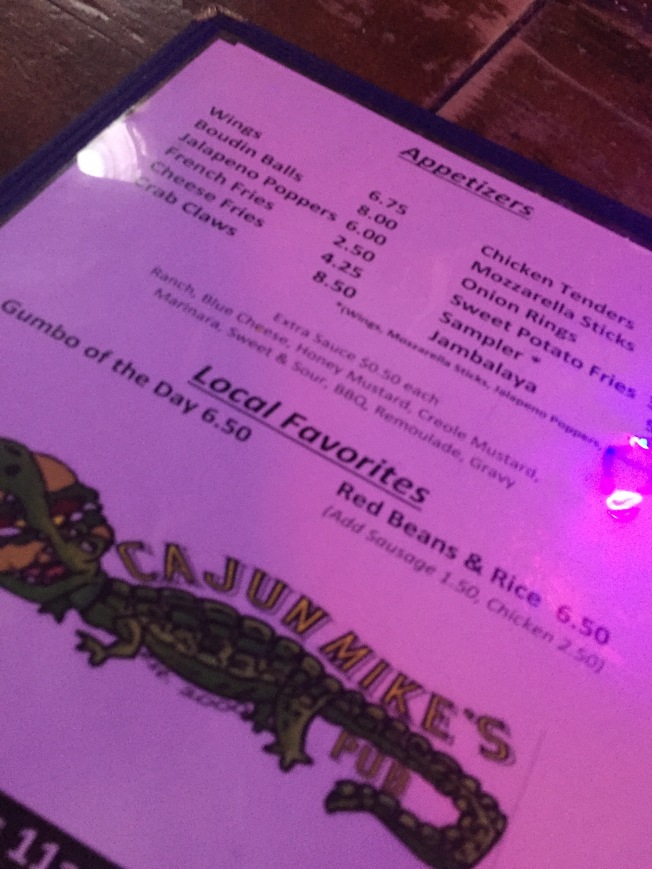 Of course, I had to order the Cochon de Lait Po’Boy. It sounded right up my alley. 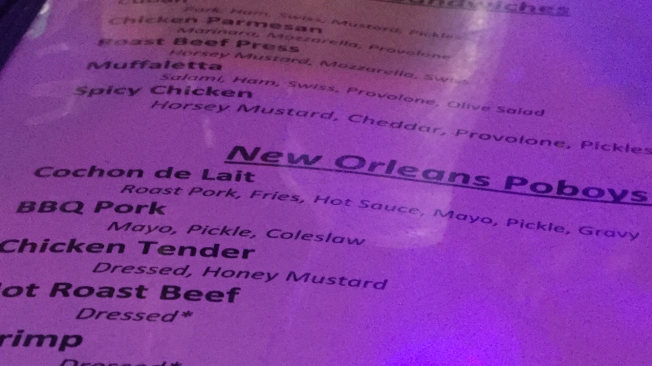 Cochon de lait is slow roasted pork – a New Orleans favorite. I have no idea if there was truly any “gravy” on this sandwich. But the sauce was divine. 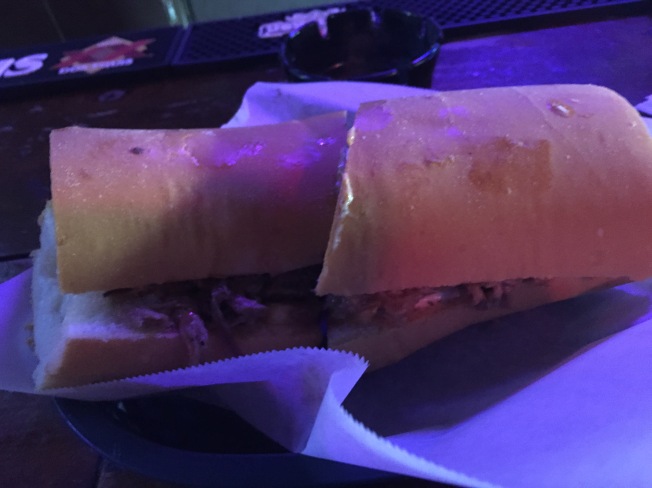 That photo is just plain stupid because all you can see is the perfectly chewy bread, not the shredded pork inside topped with French fries and hot sauce. That’s some seriously good stuff. If there is any place I will go back to next time in New Orleans, this would be the place. In fact, if it would have worked out, I’d have gone back a second time.

Thanks, Kat! I may not have had discovered this sandwich without you!

What was your favorite meal on your last vacation?