I hadn’t heard of it at all until long after I moved to Minnesota. But over the past decade, gourmet versions of the Quebecois dish have been popping up all over the Twin Cities metro. In fact, it could be argued that Minnesota may serve up the most poutine in the USA. A search for “poutine” on The Google, puts this article in second place:

A Handy Guide to the Twin Cities Best Poutine

Now that I think about it, it’s something we should consider requiring our out-of-town guests to try.

I never personally order poutine. I mean, come ‘on: fries, cheese curds {often deep-fried in the Twin Cities} and gravy? It could be argued that it’s a heart attack on a plate. Plus, Minneapolite versions are often topped with some sort of meat.

Still, I have no problem having a bite – or five – if Rob orders it.

Then there is the Breakfast Poutine at Muddy Waters. 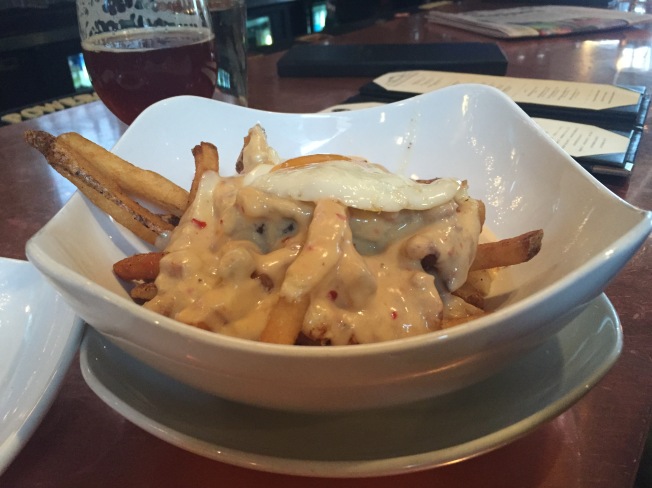 This is, in our opinion, the poutine of all poutines!

It is not classic by any means, but Rob claimed it the best way to start 2016. 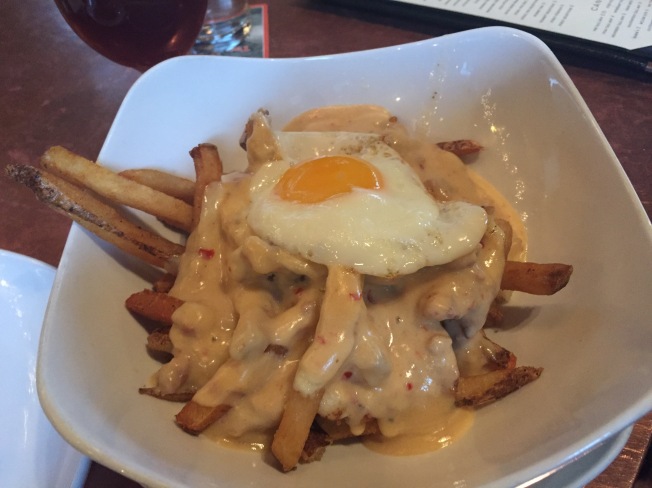 Rob chose the sausage gravy, of course, and accused me of stealing all of his cheese curds one bite after another. It’s the best poutine we’ve have in the Twin Cities! Rob’s close second? The Happy Gnome.

We’ve recently realized that Muddy Waters is a highly underrated restaurant in our Twin Cities. You don’t often see it at the top of lists. In fact, we’ve been there about a half dozen times since we discovered it pre-birthday dinner one year. And still, I’ve never written about it.

Here’s why Muddy Waters should make the top of your list!

The FOOD ~ Poutine aside, the food is just good here. Take a look at the menus. They “take shit seriously. Seriously.” 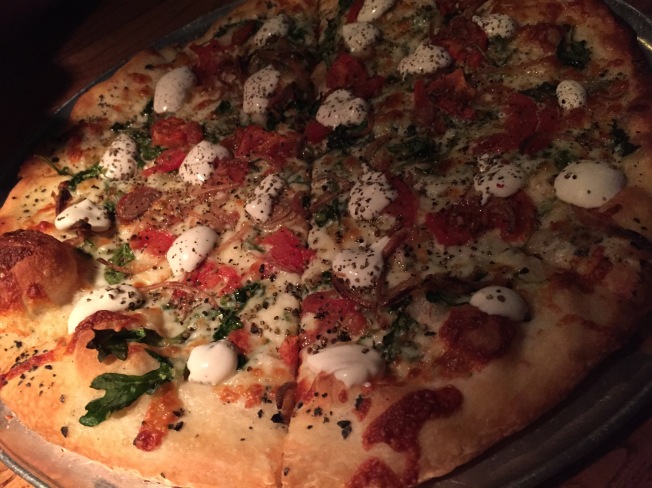 Specialty pizza on one of our visits. Look at that fresh mozz!

The COFFEE BAR ~ This isn’t just a bar… or a restaurant… It’s a bakery and coffee bar… with baristas. I just noticed they serve Cubanos! Mom, I’m taking you here next time you visit! 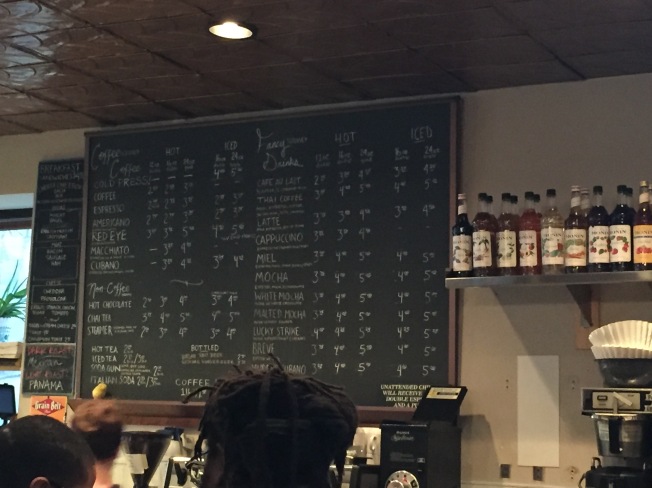 The CROWD ~ Generally speaking, the younger Uptown crowd frequents this place. We might be bordering on “too old;” but we don’t care. No one has kicked us out yet. The bonus – we’ve never seen kids here. Nor any sitting at the bar, like we often do here. Sometimes you just want some adult time out. And I firmly proclaim that no kid should ever occupy a seat at the bar. {Uh, unless perhaps, you are in small-town Wisconsin.} 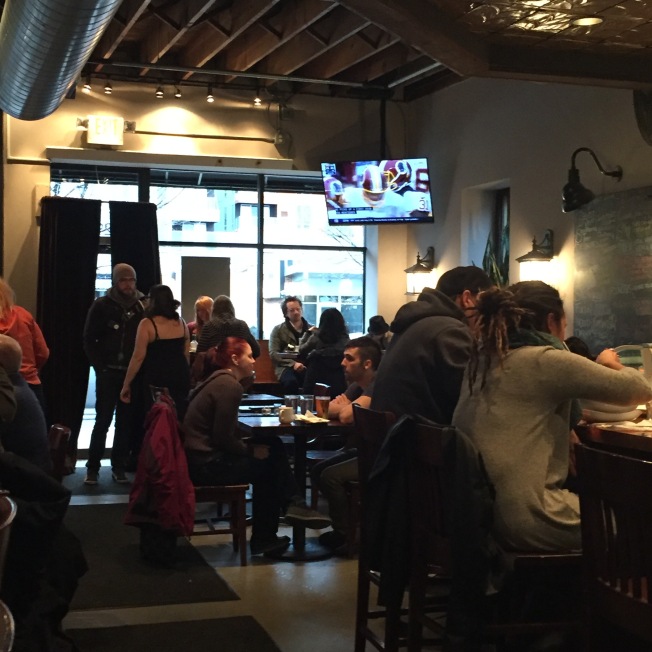 The BRUNCH ~ I love me a runny egg on anything. 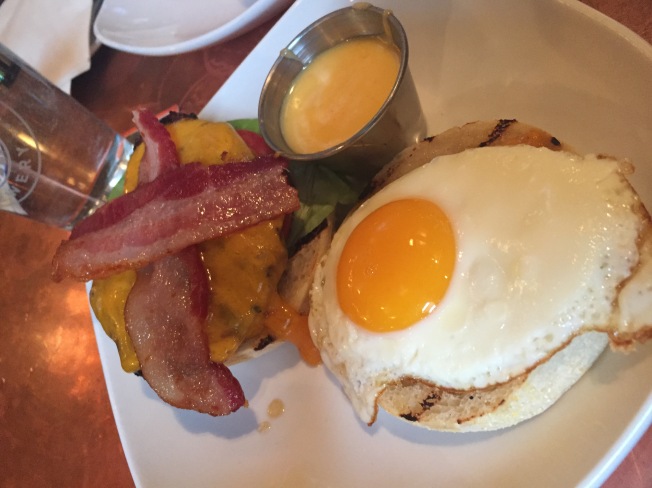 The AMBIANCE ~ It’s a small place; but if you get there when it’s not too busy, you’ve got choices. You can sit in the coffee bar area, at the bar, or in one of these two-seater booths with skylights. That’s one place for a perfect one-on-one date night! 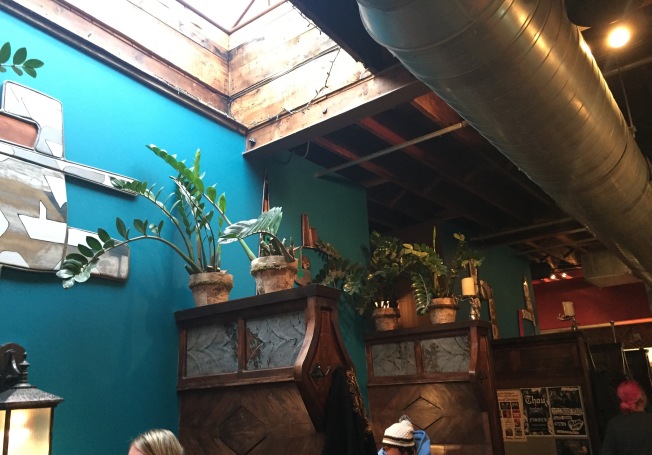 The BEER ~ The tap selection is wide and varied and we always find something we haven’t had before. 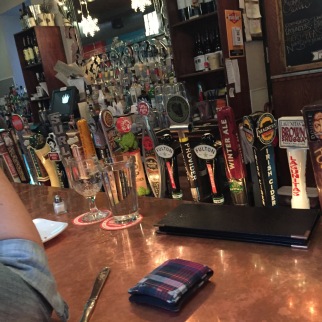 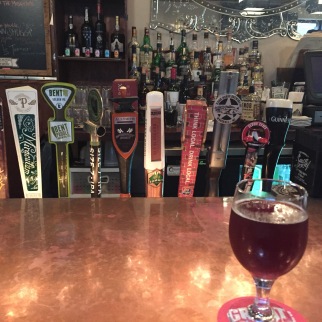 The COCKTAILS ~ While Muddy Waters doesn’t really focus on the detail that craft cocktail bars do, they have some fun cocktails of their own as well as special liquors from time to time. We once tried this because I saw a sign while waiting in line for the bathroom… 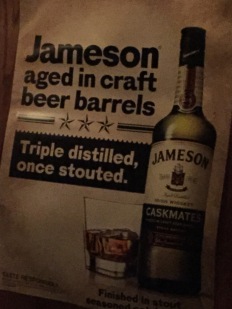 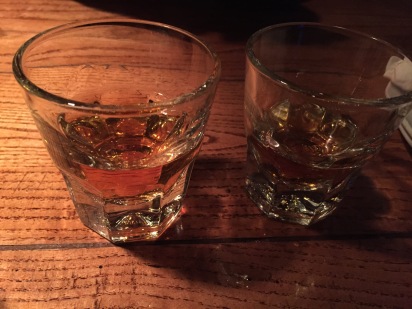 And I have yet to try a Magners Mimosa. Cider and Champage? Yes please. 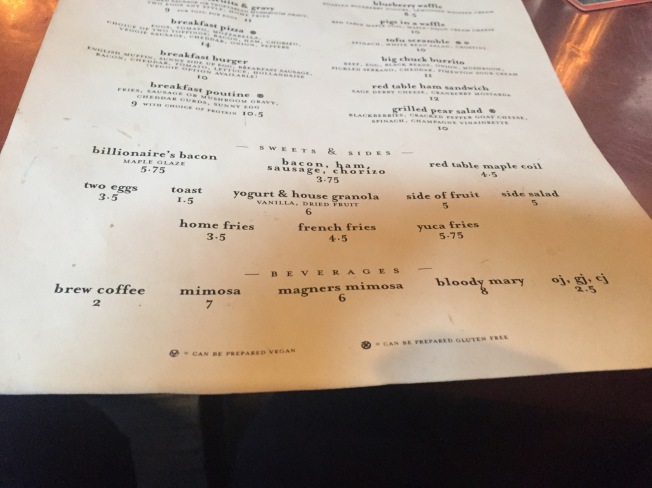 The MEAT ~ Muddy Waters uses meats from Red Table. What? The Craft Meat Culture has not made it your way yet? Well, you are missing out. 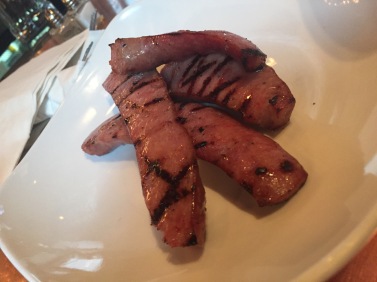 The OPTIONS – Although the menu may look to be meat-heavy, this is still a place where I could take my vegan cousin when she is in town. 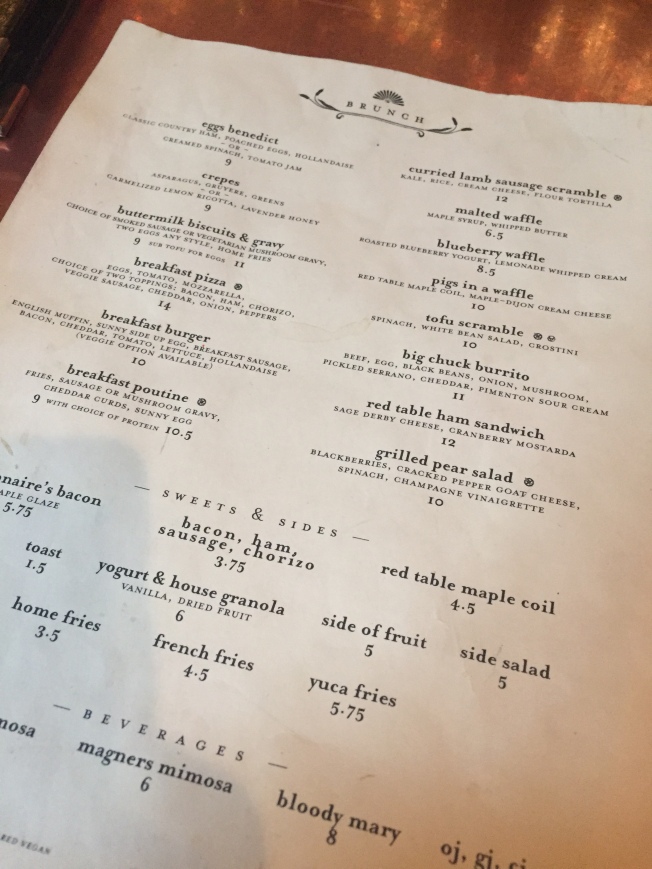 Yes, Muddy Waters has become one of our favorite little Uptown gems. It’s often busy during peak hours. If that’s the case, and you just wanted a beer, pop over to LynLake Brewery just across the street. It’s another under-the-radar hot spot.

Have you had poutine?

If so, what’s your favorite version?