What does a football lover do during the off-season on a Sunday?!

She convinces her husband to go out for brunch.

How does she do this?

She lets him choose the location. 🙂

Little did she know what a winning Sunday it would be!

I wasn’t ailing at all, but I was quite curious about this cocktail. It’s definitely one for cocktail lovers, not exactly for anyone who isn’t into bitters or vermouth. I liked it. Of their handful of beers on tap, most were local. Rob always likes to see his fave Steel Toe Size 7 IPA available!

First to come out:

Okay, so that wasn’t mine. {Insert record scratch sound here.} It belonged to the guy seated at the bar next to me. They took it away with many apologies. But I had already taken a photo! That was just fine with me because his eggs were scrambled. It may have made for a prettier dish, but I ordered my eggs cooked over easy: 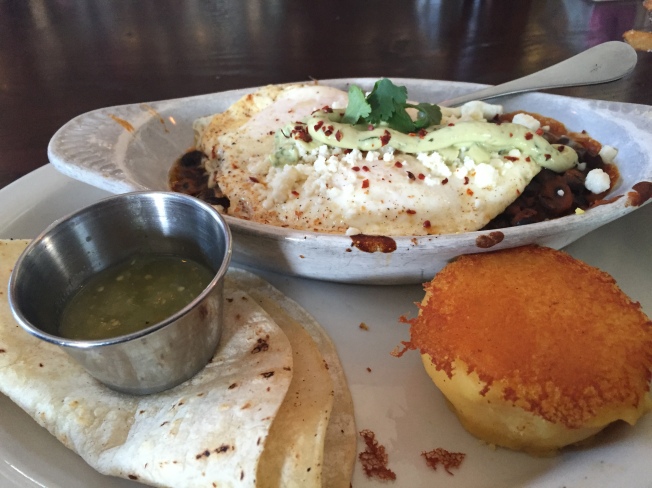 For the record, llapangacho are fried potato cakes – and they are very tasty! I’d be hard-pressed to order anything but this at brunch. I don’t know why Latin breakfast dishes make me so happy like at Hola Arepa and The Lowry in Minneapolis and even on vacation at a winery in Temecula! This is something I need to remember. Such dishes are truly satisfying!

Rob, on the other hand, went the extremely healthy route: 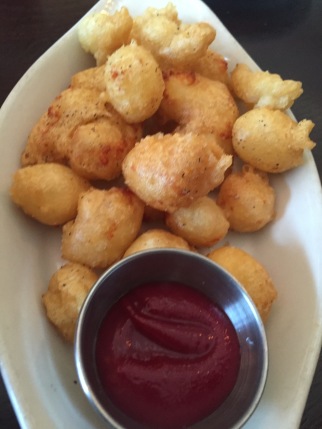 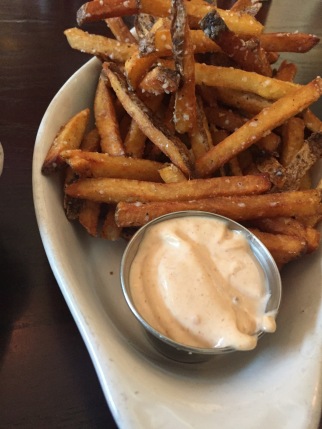 Haha!  Since we had a bit of time waiting before we were seated, I checked out reviews online to help decide what to order since I am so indecisive. {P.S. The Baked Ecuadorian Baked Eggs were highly recommended!} Rob was frustrated with me for doing this. “Why can’t you just wait!?”

Side Note: He thinks I don’t like surprises… but I do! I would rather be surprised on my birthday than receive something weeks in advance. I just don’t like to be blindsided to make a decision when I’m ordering at a restaurant. Is that fair? Okay, at least it’s honest.

But when I showed him that the Faribault Caveman Cheese Curds {with beet ketchup – $7} were touted as some of the best, he was swayed. And it’s a rare occasion when you can get him to pass up any Truffle Fries {with parmesan, truffle oil, chipotle aioli – $6}.

It was all so much food, though!

Still I “desserted” with this:

{I think I just made up that word!}

Yes! Yes! Again… and again and again to that bevvy. I need to ask my husband when we can get our butts back to The Mill Northeast!

After brunch, there’s nothing better than spending an afternoon at a brewery playing some cribbage, which we did over at our fave Dangerous Man. They now have cold press coffee on tap {no more homemade tap sodas! 😦 }, so that was my beverage of choice so as not to fall asleep at the bar!

After a two-out-of-three cribbage victory {I’m not going to say by whom!}, we pressed on. There are so many new breweries in the Twin Cities that it’s hard to keep up these days. It was time to check another box! We opted for the nearby Able Seed Brewery.

The taproom is huge and reminded me very much of Bauhuas,

but there were very few patrons on this lovely afternoon.

Since I hadn’t had a beer yet that day, I considered a flight of their offerings. 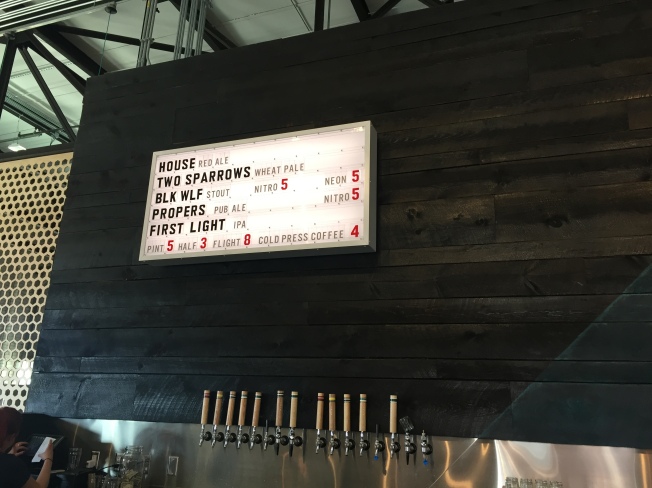 And then thought better of it. We inquired about the Neon listed on the board. It is the Blk Wlf Stout mixed with their Cold Press Coffee. {In fact, a patron at Dangerous Man had just been requesting cold press coffee mixed into his stout!} Alas, Able was all out of cold press.

I requested a taste of their Pub Ale, since I was delightfully surprised by the one I liked when my brother ordered it at NorthGate.

Not only did it look like a jar of urine, it didn’t hit the spot for me. Instead, we went with their little session Blk Wlf Stout. Rob chose a regular pint; nitro for me. Always nitro! 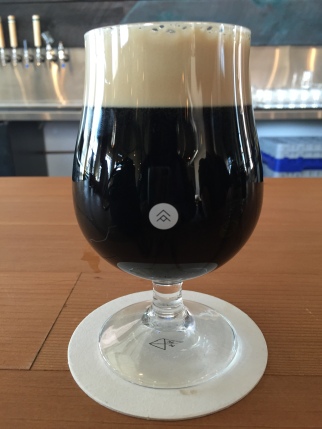 Let’s just say it was the first beer either of us took a few sips of and then left the brewery without finishing. The staff was nice enough. But when bringing out-of-town guests to the select few breweries you can really hit in a day, we’ll leave this one off the list. I guess we couldn’t have all the wins in one day!

What is your favorite way to spend a Sunday?