We got to puppy-sit Miss Phoebe last weekend! She is now at least 4 months old, weighing in at over 5 lbs.

Let’s step back a bit, though.

When my friend Kim sent us photos of the new puppy she’d be picking up and asked for some puppy naming help, Rob responded: 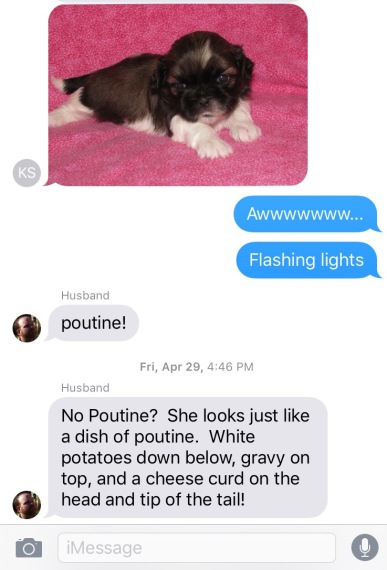 I thought Poutine was actually a cute name for a little girl puppy! {Despite the fact of the rich dish she’d be named after…}

Kim said she wasn’t fond of food names for pets.

{Flashing lights is what Kim’s 5-year-old would have called her, just because it was the first thing she saw!}

In the end, the one that stuck was her original thought – Phoebe.  And it truly works for her.

They also call her Phoebe Weebie. She loves when you say her name! Actually, she loves everybody! In fact, I need to keep using exclamation points! Because that is how happy Phoebe is to see you when you walk into the room!

I swear: Puppies might be able to cure depression.

Look at those sweet brown eyes! 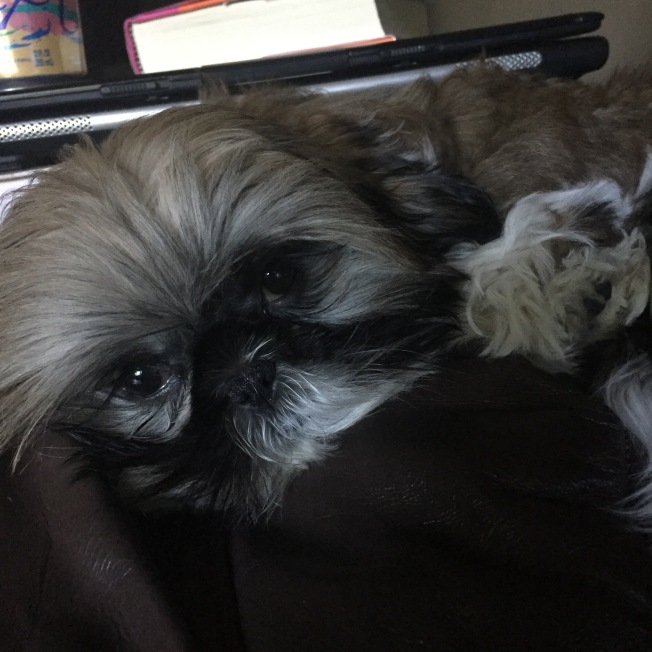 Especially when they are as cuddly as Phoebe. She just might give Sophie Jean a run for her money.

And while outside, she looked lost in the tall grass! 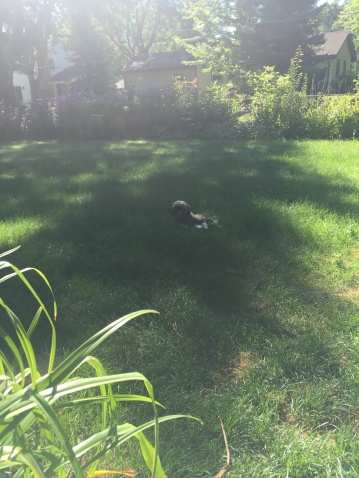 And after Rob cut the lawn, she just kept collecting the remnants on her underbelly! 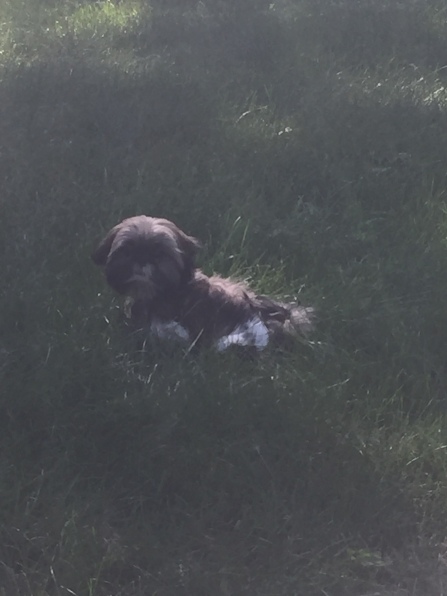 I can’t tell you how nice of a distraction it was to have her at the house during this month where I’m pretty much running on auto-pilot. I barely wanted to leave the house. I just wanted to play and cuddle. She is just a ball of love. 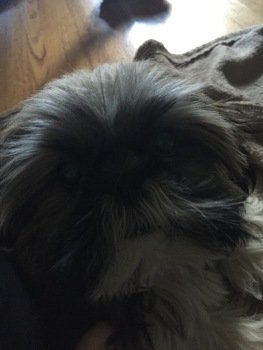 Because our hardwood floors are difficult for dogs to run around and play on, we always throw a blanket down when a pooch comes to visit. 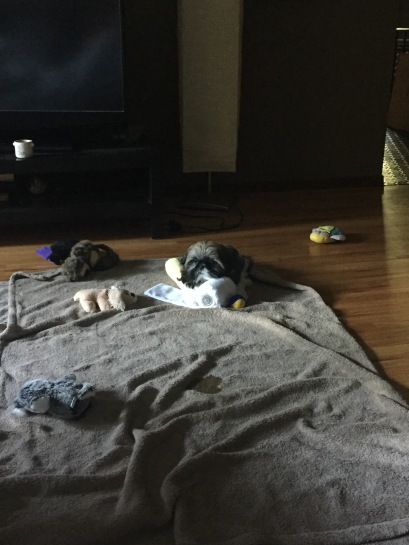 Sophie and Sham weren’t really having it though. There was a lot of jealousy going on. All Phoebe wanted was for one of the other dogs to play with her. She really tried to play with them, but she didn’t get any takers. Although Sophie looked like she might…

But in the end, no playing happened. Well, except with me! Of course, about a half hour before Kim picked her up, Shamrock ventured over to the blanket wagging his tail. He was thinking about it…

But I’m going to confess and say that I did call her Poutine and Phoebe Poutine a few times. It just felt natural. Rob and I have always had multiple names for our dogs. For example,  When we talk about her, we call Sophie “The Jean” as in “Do you think The Jean will like these treats?”

Similarly, when Rob and I would discuss Phoebe in conversation with each other, she became “The Poutine”, as in… “We need to get home to The Poutine!”

Because even that bark is oh-so-freaking-adorable…