You’ll find this funny, but I didn’t notice that there was a BarkBox on our doorstep until I was taking out the garbage out and spotted a black cat next to it… sniffing it. When he saw me, he darted in my direction! Friendly kitty!

I soon learned via his collar that his name was Diablo, but it took a little bit of coaxing to try to read the phone number off the tag. We do have a neighbor a few houses down {who we don’t know} that I’ve noticed a cat or two running around outside and they don’t seem to be phased by it. Perhaps Diablo was one of these kitties who is allowed to roam?

I called the 666 number {creepy for a cat named Diablo!} and left a message indicating where he was; that I was able to pet him, but not hold him for an extended period of time. I know that if it were my pet, I’d want someone to call. However, the owners never called back. I guess they are okay with him roaming the neighborhood.

Diablo didn’t get any part of this BarkBox, but Sophie and Sham were happy to! 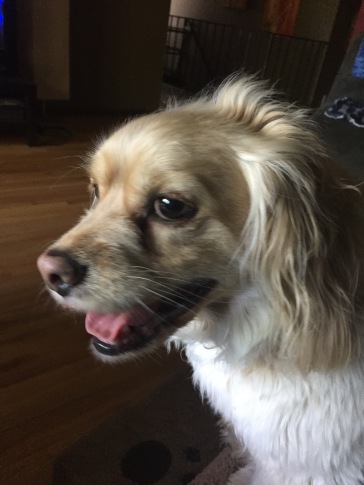 I thought that this month’s theme would be picnic-related… 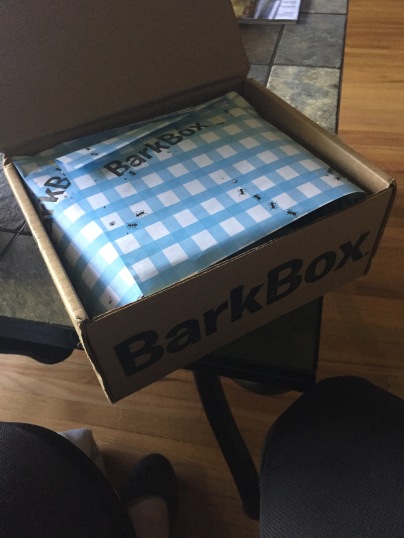 As a side note, when Rob threw something away the next day, he almost jumped at the sight of the ants! He then realized it was the Barbox paper in the trash.

But I was a bit wrong about the theme: 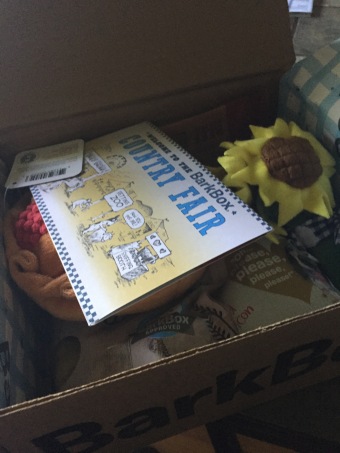 I found the comic entertaining with a “Sniffing Booth” and one animal saying to the other “Now you pet me!” in the Petting Zoo. There was also this for additional human entertainment: 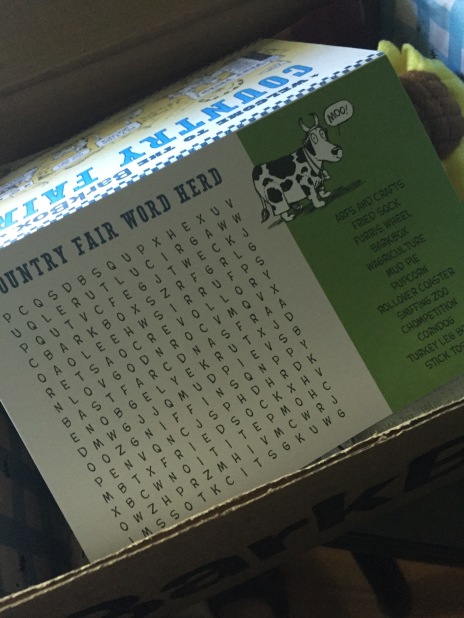 But it was this part of the card that excited me most! 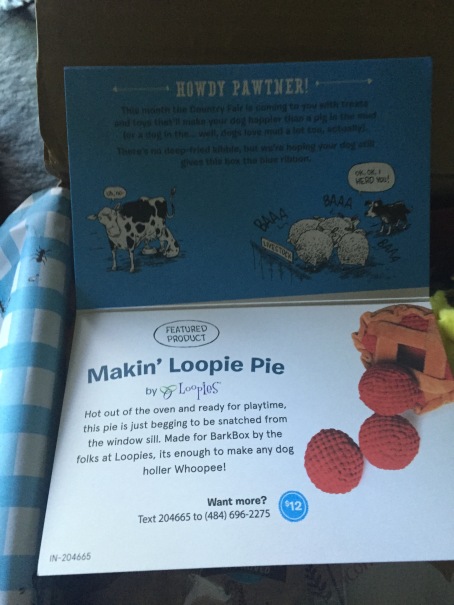 Another multi-part toy for Sham. Oh how he adores these! 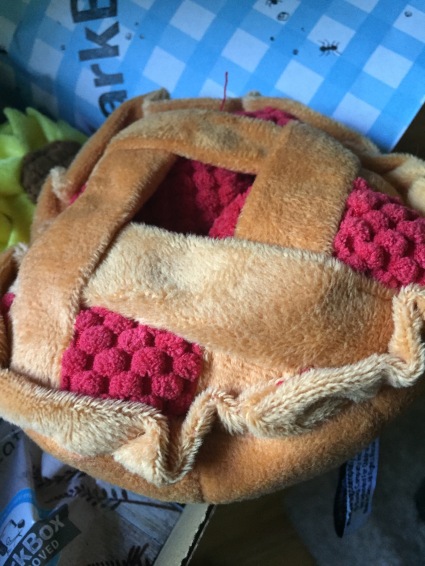 However, Shamrock did not see the novelty at first. I had to take the squeaky balls out for him… Three in total. 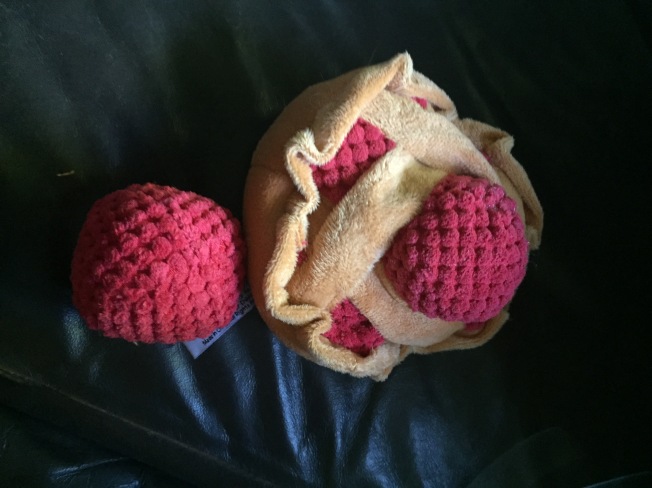 We’ve been playing Fetch with them every since. And one morning, he nibbled on the “crust” and I had to remind him that it was empty and his red balls were scattered around the house.

Shamrock did stop to smell… 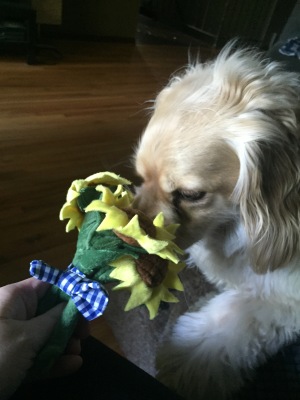 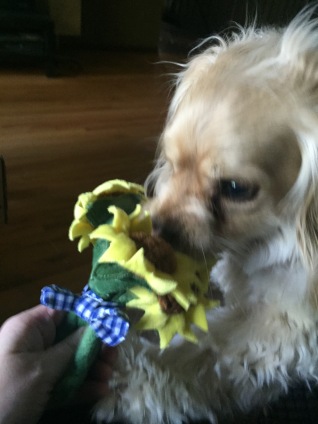 He likes his little bouquet. Nibbling on the petals brings him joy. But Sophie’s concern was what treats she could possibly get out of this box. It smelled like something for a reason! 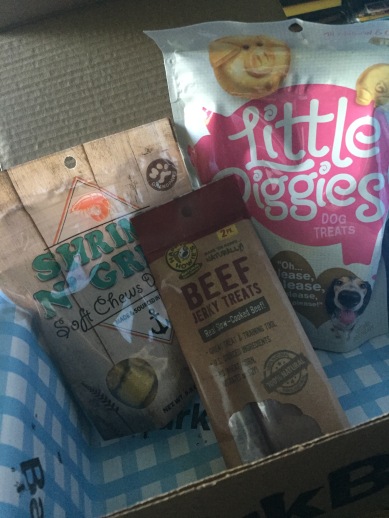 I love that all treats are sourced and made in the USA. Sophie and Sham promptly received a beef jerky straight from the box that night; but we are saving the other BarkBox treats to bring on vacation…