Last year, before our annual trip to Michigan, we decided that we’d love to see more of Rob’s home state. We resolved to either make a stop somewhere on the way to visit Rob’s parents’ place or take an overnight trip. Last year, we went to Traverse City, with the intent of hiking the Sleeping Bear Dunes. However, a heavy cough kept us from doing anything active. It didn’t stop us from having a good time, though!

This year, with our attempt to visit Rob’s parents twice, but in shorter visits, there is little time to explore. However, I did find a new brewery just 30 minutes away from my in-laws’ small town! 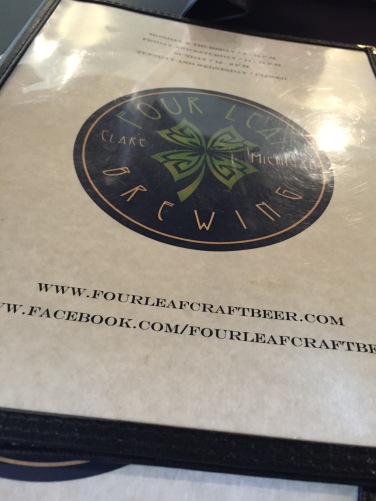 I think I found it on Google maps when I was searching breweries in the area. Located in Clare, MI, a town which prides itself in it’s Irish heritage, Four Leaf Brewing Company is appropriately named.

And I learned they even had live music on Saturday nights to boot! You may or not know from the blog that Rob’s dad is a lover of Irish Folk music. It’s one of the reasons we wanted to travel to Ireland with them, which was an absolutely wonderful trip a few years back.

Alas, it was Memorial Day weekend and no live music was booked that Saturday. That didn’t stop us from taking a trip! 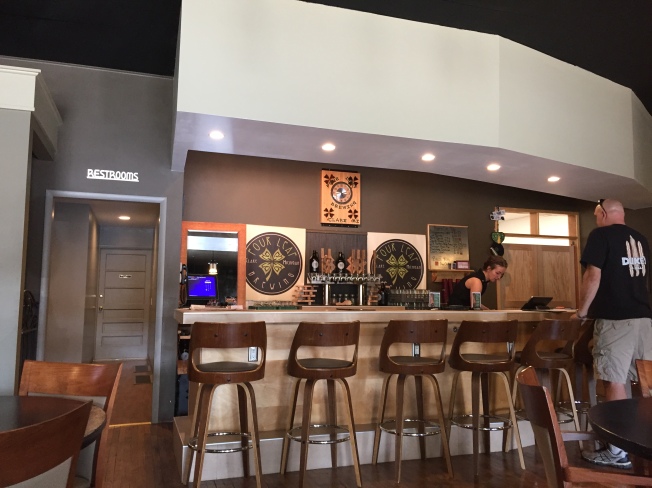 We grabbed a table and ordered a round of beers: 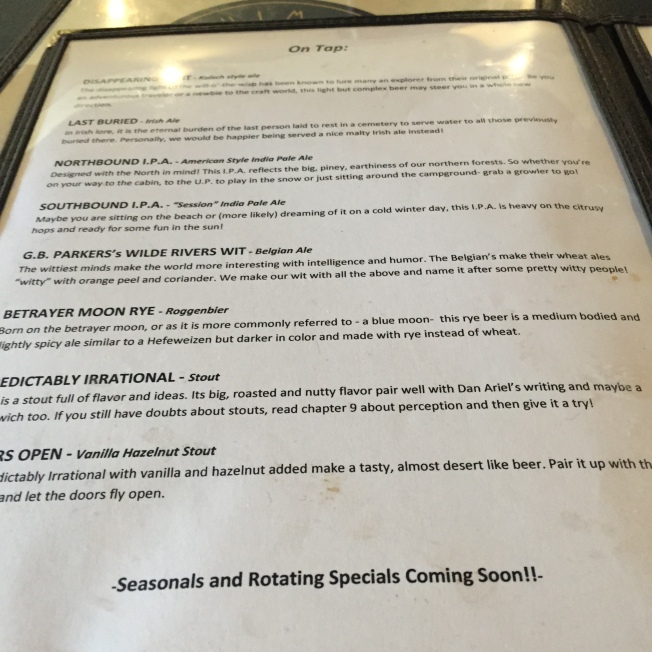 I really wanted that Vanilla Hazelnut Stout; but they were all out. So I settled for the new, not-yet-on-the-menu, Chocolate Stout instead. 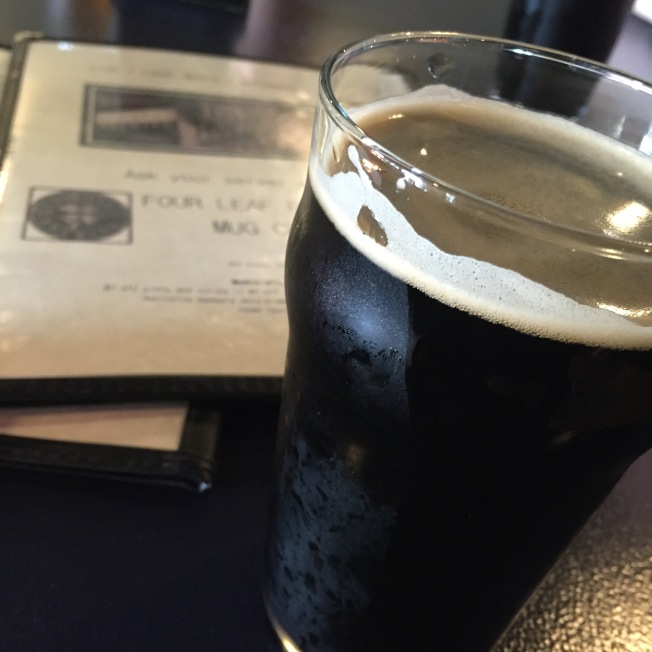 Four Leaf Brewing has only been open since September of 2015. I thought the beer was good; but Rob thinks that they are still working out a few kinks. He thought the stout was over-carbonated. When he ordered his second beer, he poured it into his previous glass {which he is known to do from time to time} to help remove more of the bubbles. I have to admit, it did taste a lot smoother. Maybe that’s just a personal preference though.

We ordered some food and, while waiting, played a game of Euchre. I always have a deck of cards in my purse! But many breweries will have cards and games in a corner or on a shelf somewhere. We wanted to show Rob’s parents that this is what we often do when we visit a brewery. {Although, it’s often Cribbage when it’s just the two of us!}

I was intrigued by their small menu and had to order this: 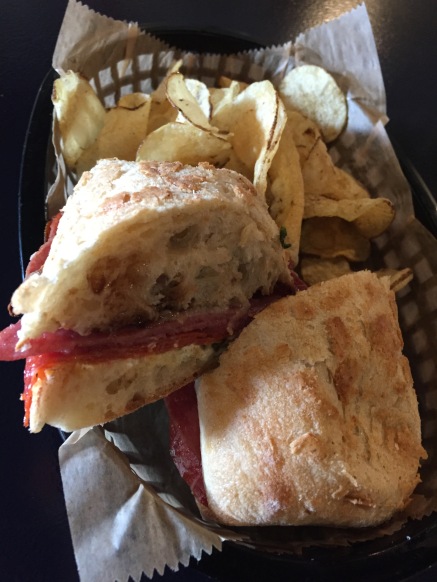 I absolutely loved this sandwich! If we ever get back there, I’d order it again and again. It was the perfect combination with no flavor over-powering another.  Everyone else ordered this: 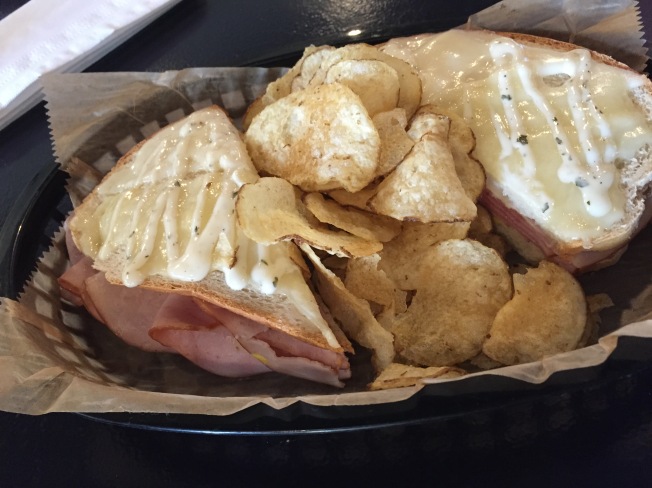 They all seemed to like it just fine, but after I forced Rob to try my sandwich, he said mine was much better. And those chips were oh-so-kettle-crunchy and perfectly paired with these sandwiches.

We all went away satisfied, plus we got to try something new! That half-hour ride back home felt like forever. Which is funny. Rob and I have no problem driving a half hour to get somewhere throughout the Twin Cities metro; but when driving from one small town to another, it feels so much longer!

Still, I hope that the appearance of Four Leaf Brewing Company will attract more brewers to the area. But, as of right now, it’s worth a trip to Clare just to visit Four Leaf. One day we’ll make it the Michigan cities were all the well-known breweries reside. As for now, we’ll support the small-town little guy!

Have you ever sought out new-to-you places in your home state?

What’s been your favorite discovery?