Barley and Vine is just what Lakeville needed.

There’s not much to be had by way of non-chain restaurants with high quality food and decent wine, beer and cocktail selections this far south of The River. {Vivo is a great exception!}

In fact, when my husband and I met, we were both living in the nearby suburb of Farmington. He had just moved from Seattle and still needed to find his way around town. Our first date was at a sports bar called Grizzly’s in Apple Valley {which has since been replaced by Wild Bill’s}.

Since it opened, Rob and I have been watching Barley & Vine’s Facebook page and reading the {somewhat hilarious!} reviews on Yelp. Then, Jen made it her pick for our April Girl’s Dinner Night Out!

I’ve been to this restaurant locale a couple of times under different ownership and concepts. Both times it was Fine. The interior looked pretty much the same as I remembered. We arrived around 5:30pm on a Saturday night and Jen was able to secure a seat for the three of us. However, it slowly filled up and became crazy busy!

We all started with cocktails.  And I’m quite glad we did! 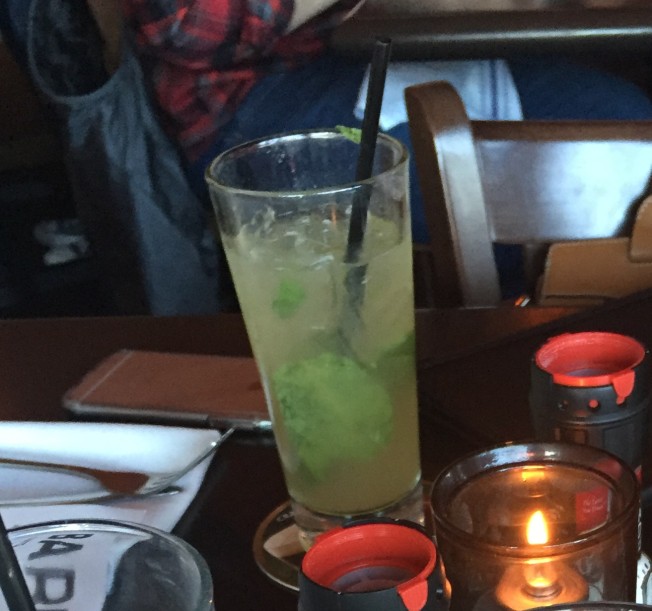 Jen’s Gingersnap was quite gingery – but very good and refreshing. But I fell in love with my Zen cocktail. It almost went down too quickly! 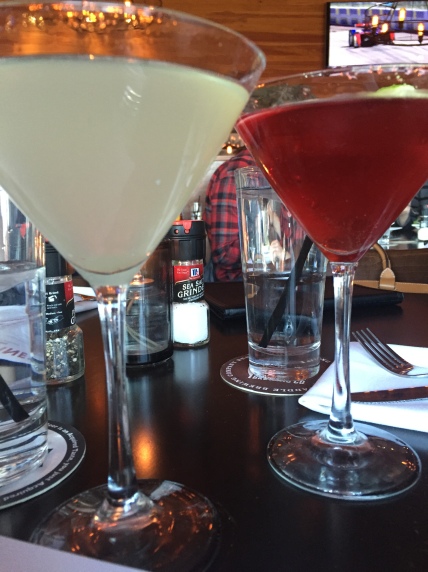 The Zen had all of those flavors described in there! It was a cocktail right up my alley. Wines by the glass were pretty reasonable {$6 for a solid glass of Chenin Blanc!} and nicely varied. Beers both bottled and on tap included several local and Midwestern beers. They are categorized as Crisp, Hop, Malt, Roast, Fruity and Domestic to help you make your choice on style preference and mood.

Cocktails were a must; however, because the one thing I can agree with the reviews is that the service is pretty slow.

Okay, let me take that back.

The service wasn’t slow. In fact, our waiter was very attentive and we did not have to wait long to have our orders taken. It was once the orders were placed that it took a very long time for food to arrive.

This did not bother us at all because it was the three of us catching up over cocktails. However, if I were to go there with Rob and not have a seat at the bar, I’m afraid we’d get antsy. There’s only so much you can talk about with your spouse when you see them every day. 😉 Maybe it’d be different if we had kids or I still had a crazy busy life where we needed to schedule alone time and/or dates.

When the food finally did arrive, we were all very pleased. Jen barely put a dent in this flaky, comforting Chicken Pot Pie! 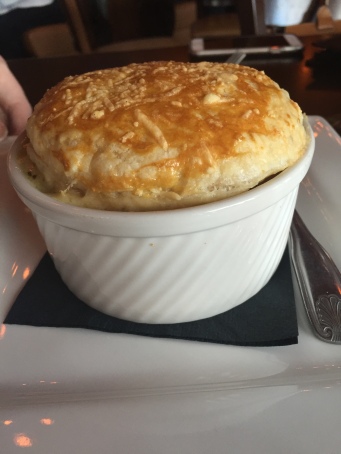 Of course, I had a hard time narrowing things down, but eventually was split between the Roasted Chicken Sandwich and the Wild Mushroom Risotto with shrimp. At the recommendation of our waiter, I chose: 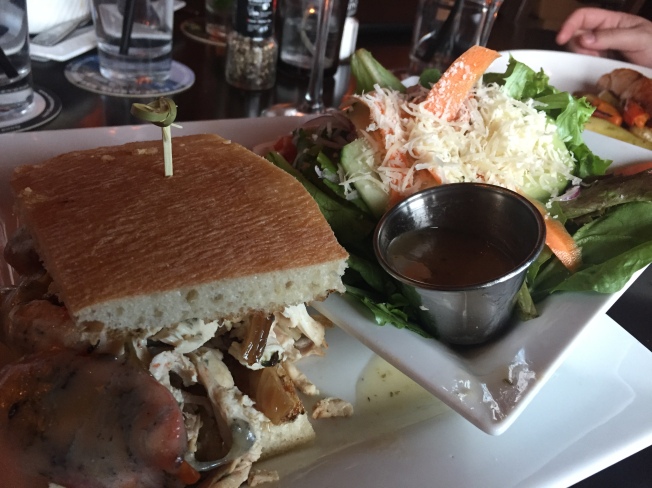 The salad was blah. It looks much better in the photo than it tasted. The sandwich was very, very good. But I had instant ordering remorse when I saw Kim’s plate! 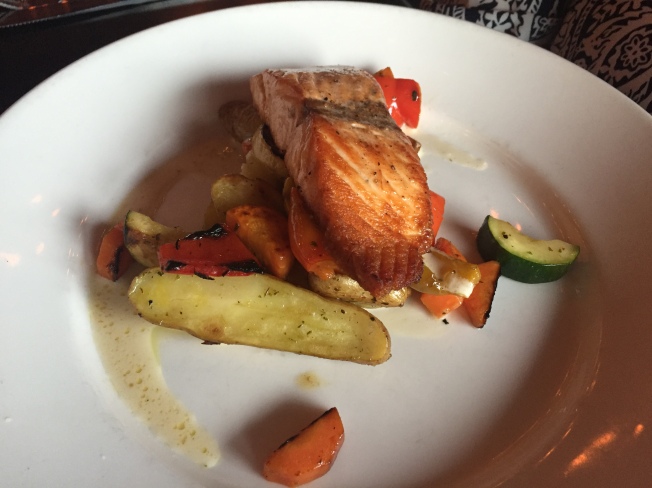 I love a good piece of salmon, but was still a little reluctant to order it at B+V. I don’t know why I was worried because Kim absolutely loved it! I take Kim’s word on it because we both tend to like the same salmon dishes.

But we did have to finish off with something I had read rave reviews about on the dessert menu: 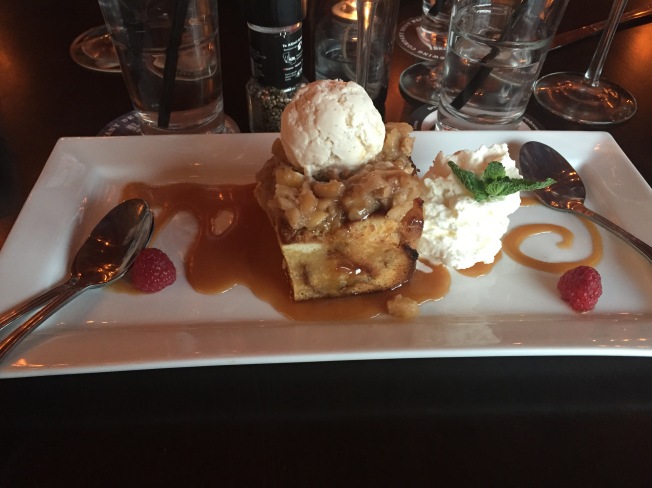 It was more than enough for the three of us to split. This Whiskey Caramel Bread Pudding had such great flavor! One bite had each of us swooning.

At the time of this writing Happy Hour is from 4pm to 6pm Monday through Friday and includes $2 off tap beer, wine by the glass, rail and call liquor as well as $3 house wine and Fireball. There are various Happy Hour bites for only $5-$6, as well as a some House Parmesan Herb Fries for only $2.50.

I’ll be making a trip back to Barley and Vine Kitchen with Rob because I think he will be quite pleased with the beer selection and the menu. At least a half dozen appetizing burgers and fries were delivered to nearby tables during our visit. If we want a seat in the bar, we’ll have to get there early. Then, we’ll have to see what he thinks…