I rarely do an entire weekend recap, but this past one was just so much stinking fun. And my photos are completely random. Those, I guess, are my reasons for sharing.

You know I’m in in my mid-to-late 30s when my girlfriends and I go see a concert at a casino. Yes, that’s right. We went to see the Bare Naked Ladies at Treasure Island Casino near Red Wing, MN.

I was a little late booking the hotel and found that all rooms were booked at the casino by the time I did! {It was so smoky there anyway!} Instead, we stayed at the Americinn about 15 minutes away.

It was a short walk from Kelly’s Taphouse Bar & Grill, where we had dinner. 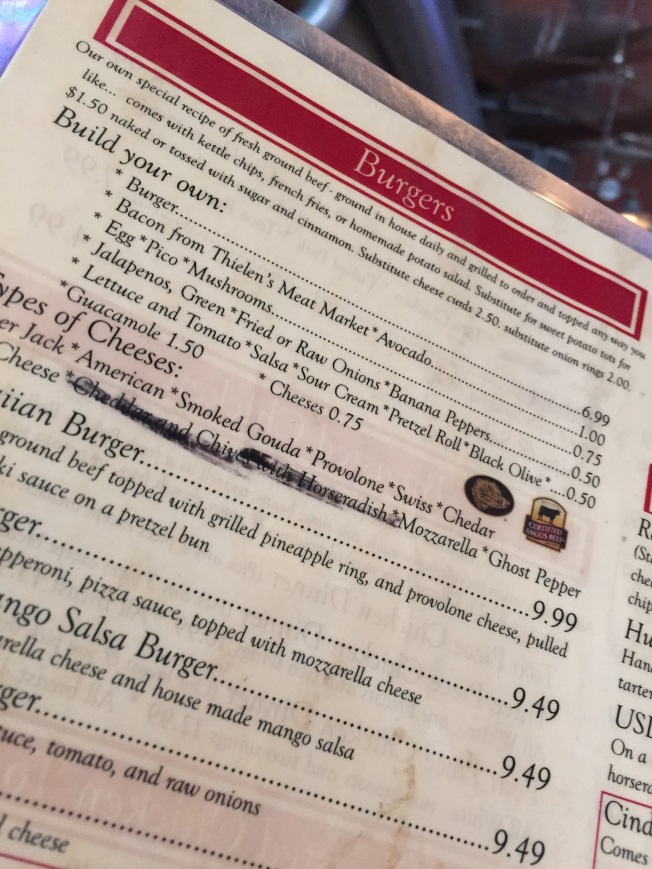 I built my own burger because I could put it on a pretzel bun! The only bummer was that they didn’t ask how I wanted it cooked and it came out well done. Doh! It still tasted it good, though, if that gives you any indication of the quality of the meat and my ability to put together awesome toppings!

They had a decent variety of draft beers with 41 total on tap! 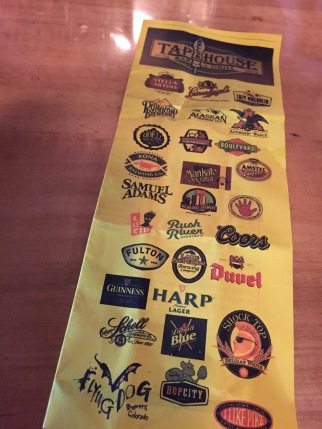 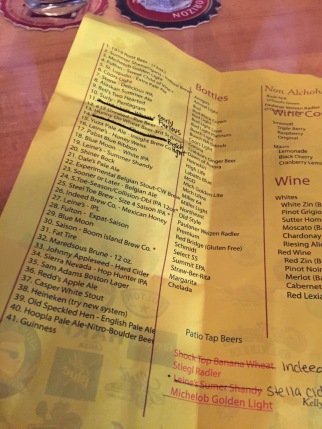 I tried to make Rob jealous by texting him what I  ordered: 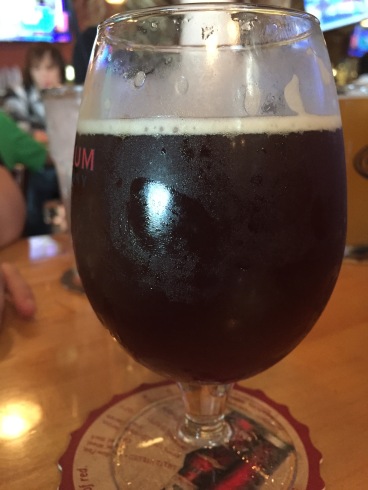 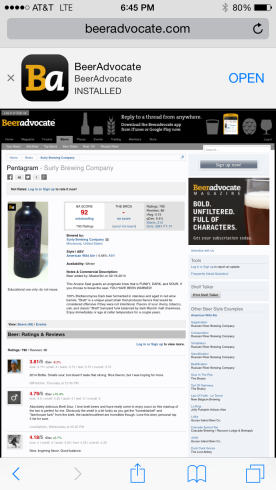 I had never seen Surly Pentagram on tap, nor had I ever had it. I’m starting to like sours! And check out the ABV on that beer – 6.66%. That makes me chuckle. Although it was four of us in attendance, I only took a picture with Stacy. I’m telling you – it was just random photos all weekend! She just happened to be on the same side of the table as me. 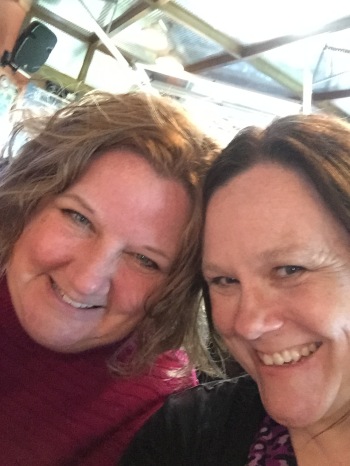 We had a taxi pick us up at Kelly’s and take us to Treasure Island. On event nights, that’s $30 per couple and $10 for each additional person. As we rode along, we got to know our driver, who was a bit new. We asked her if we would have to call to get a pick up after the show. She told us that cabs would be lined up out front.

Knowing we were in a much smaller town than any of us have lived in, Kim joked, “Do you have, like, two taxis running at a time!?”

The driver didn’t know she was joking and said, “Well, we normally have two, but tonight, because of the event, we’ll have three.”

We all had a good chuckle over that. We knew we’d probably be waiting a while for a cab afterward. 🙂 So we just had to look it up:  The population of Red Wing is about 16,000.

We arrived late to the concert, missing all of Colin Hay {from Men at Work} and pretty much all of the Violent Femmes {bummer!}. Still, it was a great show. BNL is one of those groups I need to remember to see whenever they are in town. They are so entertaining because they always add some sort of medley tribute to current pop culture. {I mean, they did sing a part of Let it Go from Frozen this time!} They always make me laugh. So this is on the list of bands to see all of the time, just like Gaelic Storm.

In fact, Jen and I are kicking ourselves that about ten years ago, we decided we couldn’t afford to go on a music cruise that had both BNL and Gaelic Storm as performers. Will not make that mistake again. #regret

But this show was great, despite the fact that the chairs where are seats were located were already pushed up together and we ended up mostly in the aisle. 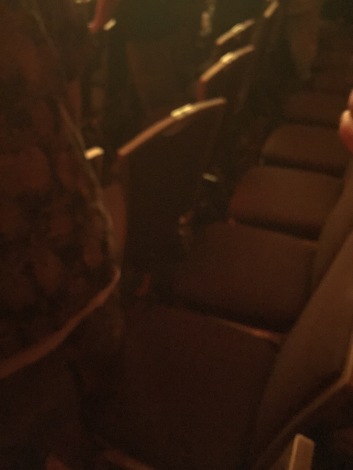 I took a few videos, too, but I’m not sure what the copyright laws are to put those up on youtube to share with you all. Colin Hay did come out to play a Men at Work song with BNL, also using the Violent Femme’s saxophonist, which is an instrument that’s absolutely needed to play Who Can It Be Now?! 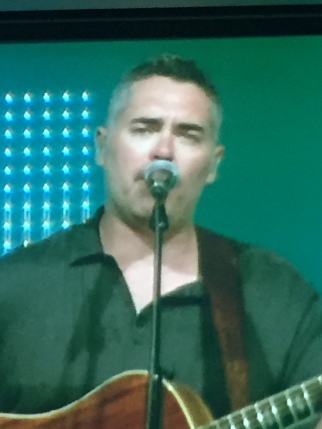 Such a fun show!

After returning home, I spent most of Saturday lazing the day away, until Rob and I went to dinner at I Nonni. And guess what? It was open. 😉 We then ventured over to Sunfish Cellars about a 1/4 mile down the road to see if they had any interesting wine or beer. Maybe some Blacklist?

We discovered something new! 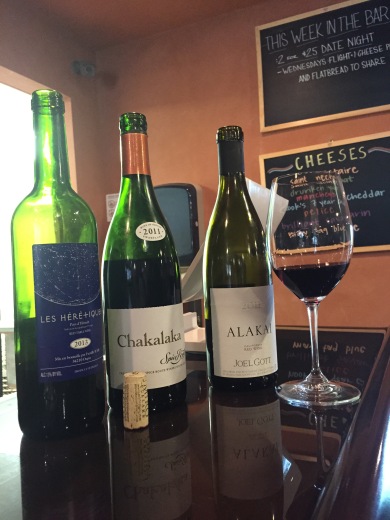 We sampled the GSM flight, the favorite being the Chakalaka from South Africa. The Les Hérétiques is actually mostly made from the Carignan grape, which is common in the Rhone Valley where GSMs originated. And the Joel Gott Alakai just tasted like it had been opened for some time.

Rob really wanted to try the K Syrah {I love that name!}; but the bartender pulled it up on her iPad and told us it’s actually $25/glass. We decided to keep an eye out for it in the store, instead, to see if a bottle was more affordable. {We did not find it.}

As much as I love the name of this wine,

I don’t think this was the smartest way to display three bottles of it. 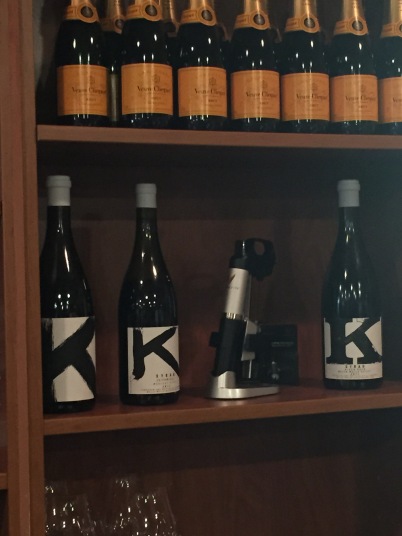 Sunday included a morning run, an afternoon nap and dinner at Marin. After I posted that write-up, I realized that I never told you about Rob’s chosen entree, which is really too bad because he loved it! #secondchances 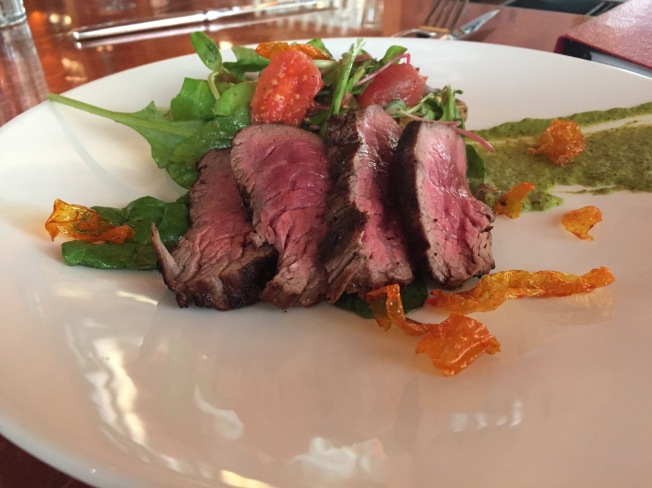 Although this weekend is looking to be pretty nice as well: A little burrata at Tangiers, 70s & 80s night at the Varsity, a long Saturday morning run, a St. Paul Brewing History Tour and dinner at Restaurant Max. Now if we could only fit in the Sweet Colleens at the Stone Arch Bridge Festival…

I love summers in Minnesota!