I am so incredibly sad. 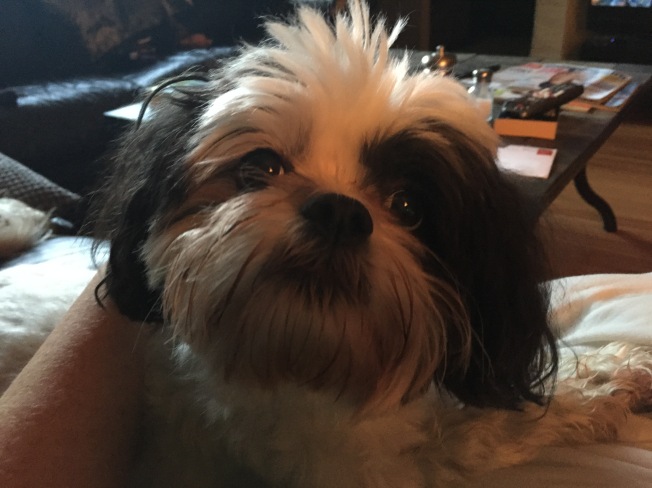 … will no longer play with this little guy… 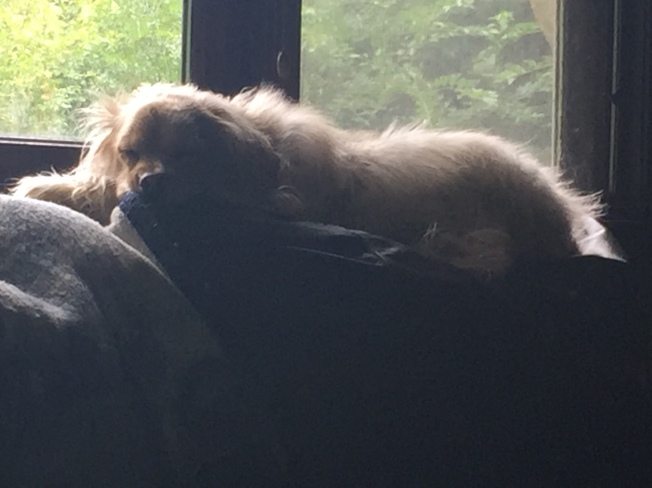 This has been the case ever since we got her wart removed. One of the reasons we got it removed was so that they could play happily without scratching it and making it bleed.

Now they don’t play at all.

I am not sure what happened. Did they get into a fight while we were out one day? Sometimes, if there is food involved, these two will get into a vicious-sounding, but virtually harmless battle in which we have to tear them apart. I wonder if that could have happened when we were not home?

Shamrock has tried to paw at Sophie to play, but she either walks away or snaps at him. I’ve tried to “make” them play {silly me}, but that only resulted in one of the viscous-sounding attack fights noted above.

I thought this meant Sophie might be in pain or ill. You know, a change in behavior can be a sign. However, she is back to playing with toys. She really hasn’t played with toys since we adopted Sham and she started using him as her play thang. They played All. The. Time.

But they are both still loving their BarkBox. If they had known that it was about to arrive, they could have invited some friends to a Block Pawty! {Ha, ha! This month’s theme.} 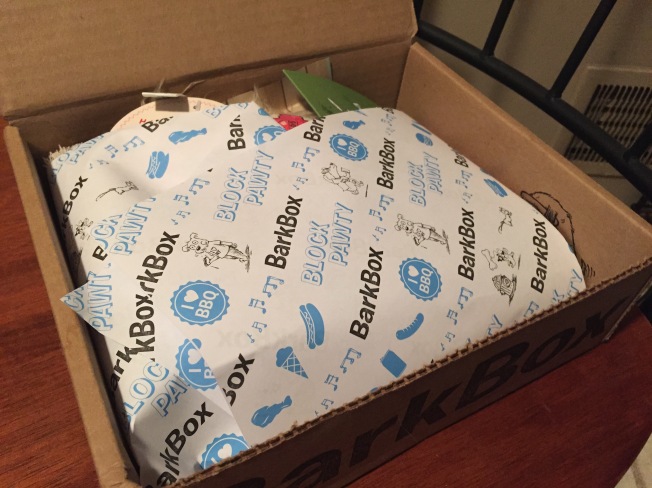 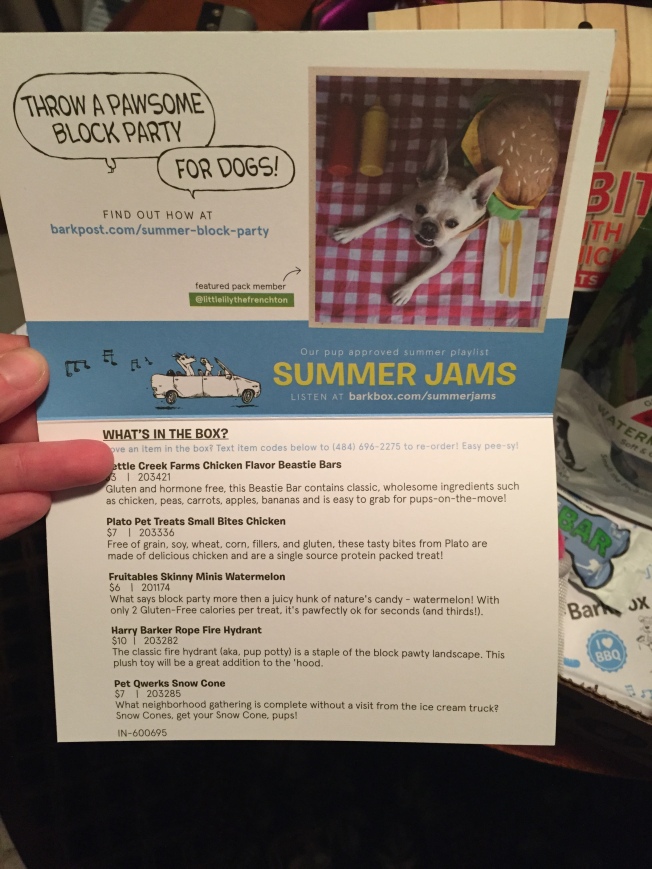 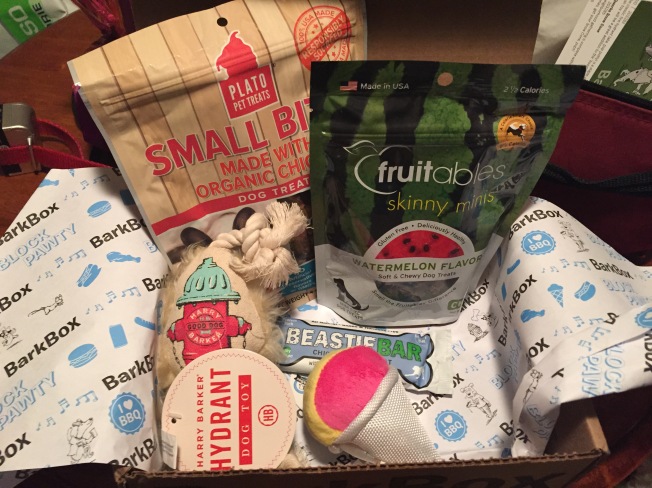 It was his favorite toy for the rest of his stay. {Well, maybe it remained second to Wooly Bully!}

Of course, the treats have been tested and are S & S approved! So if your pup wants a monthly BarkBox, join here. You’ll get a free box added to your plan and will add an extra to Sophie & Sham’s, too!