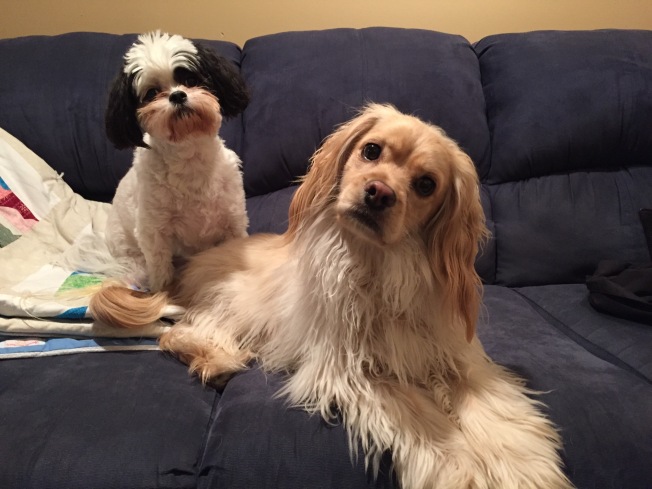 How could I say, “no” to those a-dog-able faces? They get so excited every time a BarkBox arrives… Maybe next month, I’ll have to take a video. {Okay, so I tried that once and they ended up fighting. Ooops.}

Here’s the loot from the Small Dog Box: 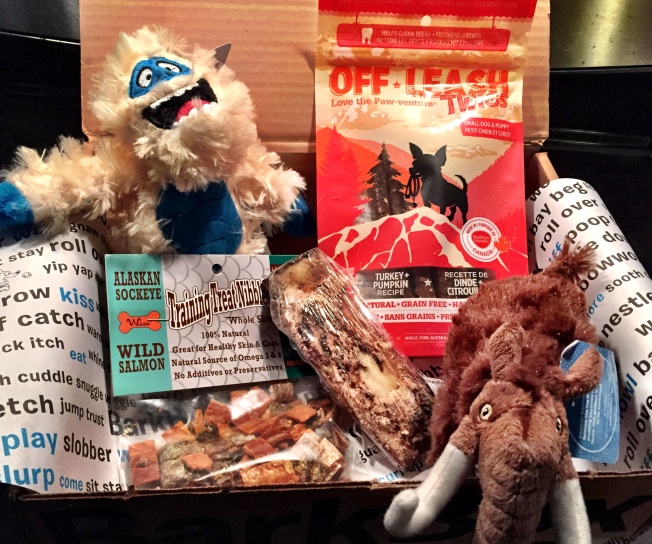 We name all of our dogs’ toys.

Maybe that should be the trick we teach them – to retrieve a toy by name. Shamrock loves new toys and usually becomes obsessed with them right after he gets them. However, he will continuously go back to this one. Sometimes they are obvious names like Blue Kitty or Monkey Stick.

Other times, we have to be creative when we have two of something. For example, somehow, over the past couple of years, we’ve received two different whales. The first one became the Whale of Fortune! and the second one became Beluga.

And still other times, we like to be all Australian-like and just make the name cute by adding an “ie,” like with Chef Hedgie. {A hedgehog wearing a chef’s hat.}

Well, it’s probably obvious that, from this box, we called the Wooly Mammoth toy, Wooly. Sometimes we even call him Wooly Bully. But what to call the Abominable Snowman? Since abominable is a word that never rolls off my tongue, I finally came up with it – Abbie. That may not sound creative name to you, but it truly does have a dual meaning.

Because this abominable snowman has abs! 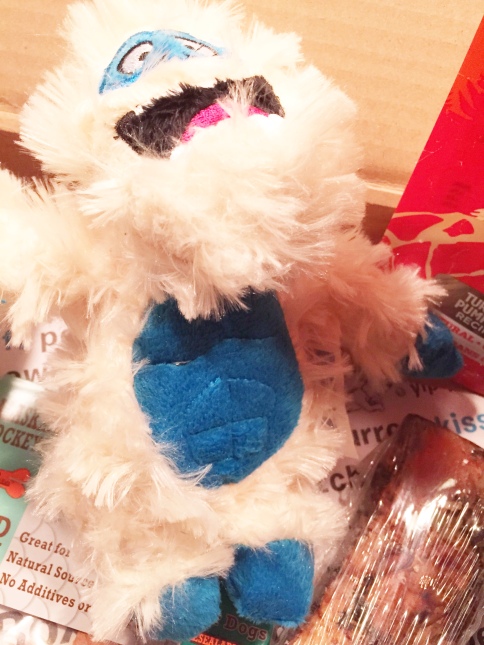 Abbie – the Abominable Snowman with Abs

Do you name your pet’s or kid’s toys and/or stuffed animals?

What’s the most creative name you’ve had?