Maybe I didn’t mention this in a previous post about our trip to Hawaii, but I must because people have been asking us what we liked best about Kuau’i.

Well, we actually found the nature –

the land, vegetation, wildlife and ocean to be the most spectacular part.

But when every time you look around you see this… 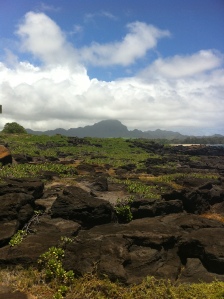 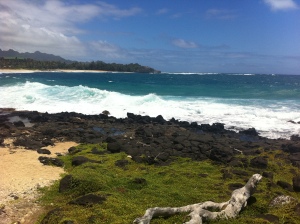 How can you not appreciate everything about its natural beauty?

We stayed on the south side of the island. And I found that every beach we came across had its own character and purpose.

Our hosts, Mike & Lisa, secured an ocean-side condo. Just oustide, we could hear the waves crashing on the rocks. 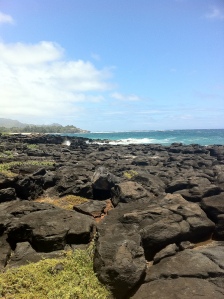 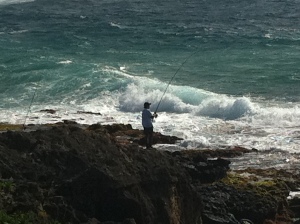 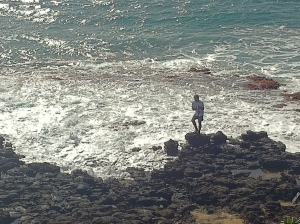 And while you can’t see them here, turtles swept back and forth with the waves: 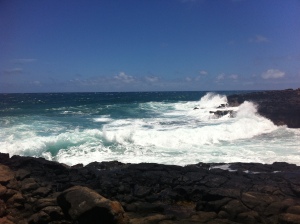 In addition, right outside the condo was a nesting area for the protected Wedge-tailed Sheerwater seabird… 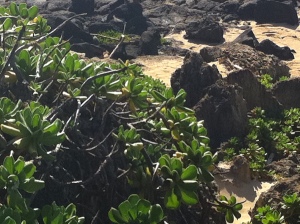 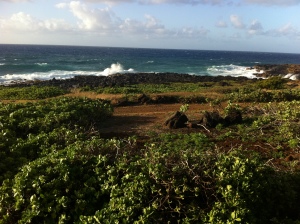 And while we never did see them, we {especially Lisa!} heard them every night:

Yes! They did sound like that! And yes, it was pretty spooky. We couldn’t figure out what they were was until the end of the trip and kept describing the sound as part ghost, part crying baby. At one point, we guessed frogs. Here’s a sign indicating the protected habitat: 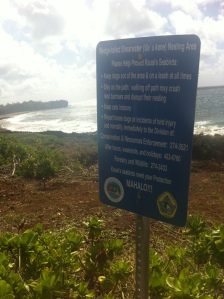 Not far far down the shore was a sandy beach: 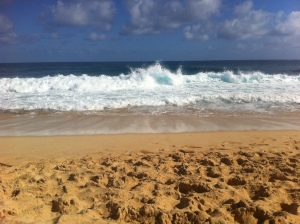 The waves were crashing hard. It was a beach for surfing, not for swimming. I could have watched the surfers for hours. Zoom in and see if you can see some of the heads in bobbing the background. At least a dozen surfers were out there at any given time.

It was also a beach for: 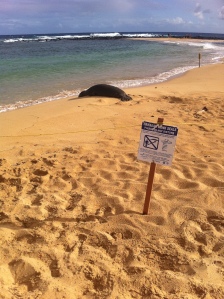 {We fell in love with these, so stay tuned for more info in a future post.}

And of course there were beaches for sunning, swimming and snorkeling: 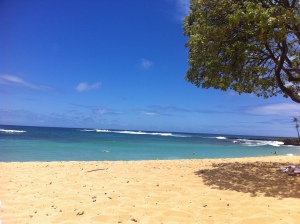 Swimming at the Sheraton Beach was like nothing I experienced before. Sure, I’ve swum in the salty ocean, but not like this. The surf was high. People were trying to body surf and do fun tricks in the water. I spent most of my time trying to jump over the big waves as they came in. I loved it. And something funny? I loved the challenge of getting in and out of the water. I can’t tell you how much I laughed at how many times I fell down!

At the end of our trip, Rob and I decided to take a boat tour of the Na Pali Coast: 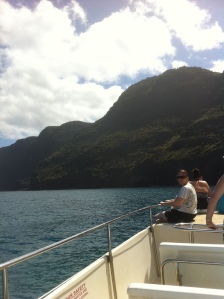 Me on the boat cruise!

The western coast of the island of Kuau’i is uninhabited due to its rugged terrain. Check out these pics of the cliffs and majestic peaks: 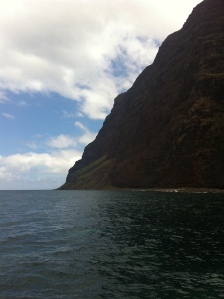 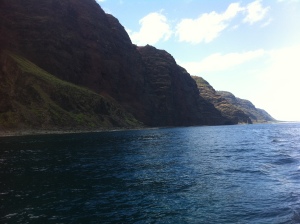 This five-hour long boat ride cemented our respect for the nature here. It is here where it was made real that these Hawaiian islands are more than 2500 miles off the coast of any mainland. That’s probably why the water is so blue here that it almost looks fake: 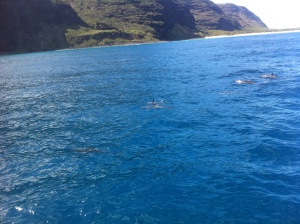 We are on the lookout for whales {but it was the end of whale season, so we didn’t see any}, turtles and dolphins: 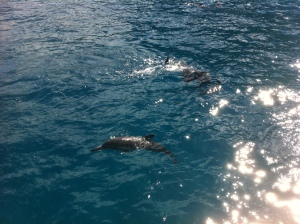 There were hundreds of them! 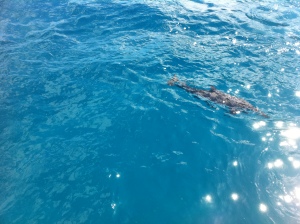 I did some incredible snorkeling that puts this picture of fishies to shame: 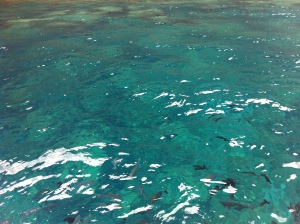 I was quite content after returning to shore that day. And it was close to the end of our trip. So it made it very difficult to think about returning home. I mean, who really wants to leave this? 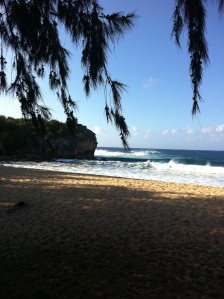 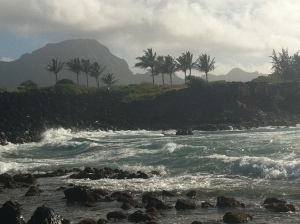 You can read more about our adventures in Hawaii here, here, and here. Enjoy!

Have you been to Hawaii?

If so, what was your favorite part?