It’s been a while since I’ve done a Thirsty Thursday post and we have way too many breweries to talk about! In any case, there are few things I’ve combined together in this post. There is a reason why. It’ll all come together.

Last Sunday, Rob suggested that we go for a 5k walk around Lake Calhoun. There are few other lakes that I enjoy better, if only because they are a little less busy. However, he suggested getting a bite of take-out from Tin Fish (which is right on Lake Calhoun) followed by a walk.

However, when we arrived around noon, parking was difficult to be had! I came up with an idea. I suggested that instead, we dine at Lake & Irving for a little lunch and then go for a walk. There was easy parking near there, too, and I thought Rob would like to try it.

What I didn’t think about was the fact that it was Sunday and brunch would be happening. Doh! Rob isn’t a huge fan of brunch. Luckily, the brunch menu offered both breakfast and lunch items.

I went with a breakfast item with a grapefruit mimosa:

How on earth I thought that photo would be a good representation of that dish, I have no idea. I will tell you that the kalua pork was juicy and flavorful and that I ate everything on my plate. This was a much healthier dish than I had expected, too!

Rob – you guessed it – went with a burger: 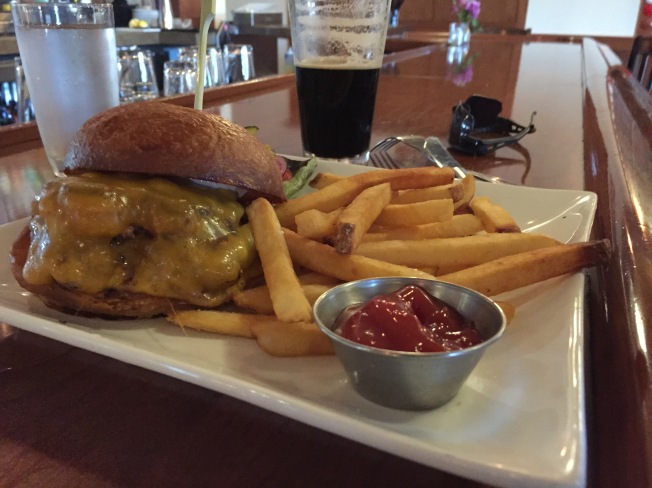 He’s been talking about this burger ever since our visit. He said that the meat was not seasoned in any special way; but that flavor combination was just perfect, which includes that incredibly decadent brioche bun. This is like no brioche bun Rob has ever had before. He even liked the fries which our friend Jen recommended he skip when I visited with her. Still, this is perhaps one of the most underrated burgers in the Twin Cities.

We were both content with our lunches, but decided it was time to walk around the lake if we were going to indulge like that!

One of the best things about walking around the lakes in Minneapolis is that once you get half-way, you can’t just quit and go home, you have to finish the loop {or turn around, but then it’d be the same distance with the same view}. It was a hot one on Sunday. So I think we might have opted to quit early if we had the option!

We counted about 37 pupper dawgs. I think on our last walk we counted 92. However this day was much hotter, so it’s good that most dogs are kept at home.

Despite the heat, we decided to do a little further walking around uptown, perhaps to find a new hotspot for a cool beverage and to “check a box”, as Rob puts it.

Then I recalled a brewery that just had to be nearby – the LynLake Brewery. Man, I was coming up with all of the ideas that day! At this point, we had walking for about an hour and a half total, so we hiked back to our car set out to find this new-to-us brew spot.

And we are so glad we did, because this is where we spent a bit of our afternoon. We didn’t have high expectations {and I’m not sure why}, but we were pleasantly surprised! 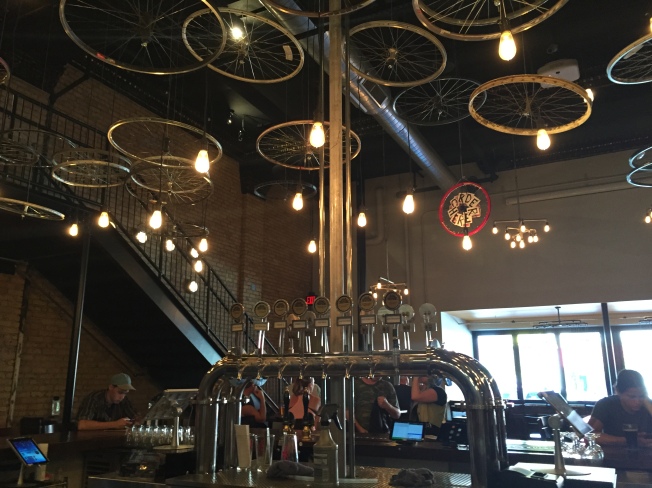 We’ve never seen LynLake brews served in restaurants nor noticed them in stores. So we are thinking that they don’t distribute (at least not currently) like Dangerous Man. I love that concept because it generally means smaller, more handcrafted beverages and requires consumers to visit in order to drink them! 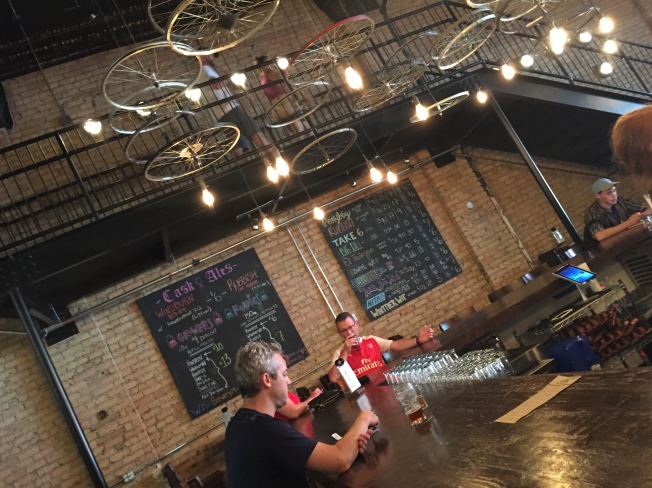 The interior is spacious and I love the large square bar setup. There is also seating on the rooftop with fire pits, we are told. I’m not sure that fire pits were or needed to be in use on that hot Sunday, however. There was a larger selection of beers, too, than I had expected.

You can’t read all of the descriptions above, but I still think you can probably guess which beer I chose. 🙂

Rob was surprised by how much I enjoyed this beer because it was quite smoky on the front end. Still, it had the perfect spice on the finish that sort of reminded me of the New Belgium Lips of Faith Cocoa Molé.

Rob dug a bit deeper into the menu and tried multiple beers: 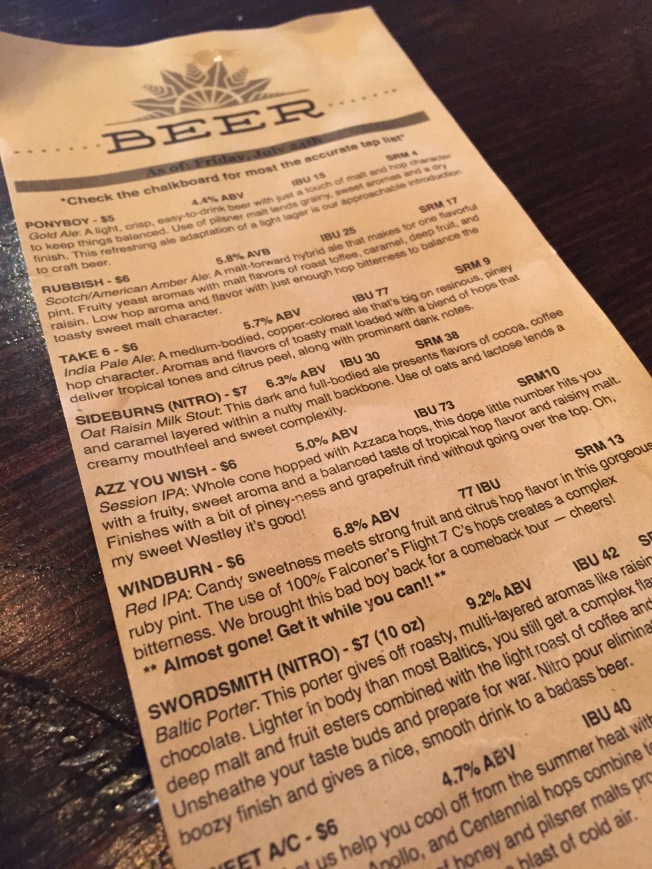 The Sideburns Oat Raisin Milk Stout on Nitro should not be missed. His other fave was the Swordsmith Baltic Porter, also on Nitro. This brewery is solid, perhaps the most underrated brewery in Minneapolis.

Due to its location, you probably won’t find a food truck parked outside LynLake Brewery. However, they do have a list of five different restaurants who will be happy to deliver!

And, yes, I had the Spicy Merguez from Prairie Dogs. It brought me back to the South of France, when I studied there in college.

All in all, I’d call this a perfect Sunday Funday.

And now that I’ve been to them all, I finally can differentiate them:

What’s the most underrated restaurant or brewery near you?