We loved exploring the city of Quebec! And although we loved staying in Vieux-Quebec, the vieille ville, some of the best little spots we found were located outside the walls of the fortified Old Town.

First up is Rob’s best hot dog of his life… {I can’t argue; it was pretty damn good!}

If you exit the Porte Saint Louis of the old town along Rue Saint Louis, the street becomes the Grande Allée. It’s along here that you’ll find L’Inox Brasserie {brewery}, which we visited on our first day after we had lunch. Still, we perused their menu, on which the Deluxe European Hot-Dog was highly recommended.

After Rob saw one of those hot dogs served to another patron, he declared that we were coming back. It was almost as intense as Michael Scott declaring bankruptcy:

And so we did. And we were blown away. You see, this Deluxe European Hot-Dog {I love how they hyphenate it!} is not only made with specialty meats, but it is also served in a baguette. Yes, I said in, not on, like on a bun.

This is because a hole is poked through each baguette with a warm pointy device {technical term}. The result is that warm doughy interior and the crunchy baguette exterior surrounding the entire hot dog. Genius.

We both tried to capture the guy prepping the baguettes on video; but it was challenging trying to keep all of the employees’ faces out of the shot. We didn’t get a good enough video; but here is a teaser… It’s quick! So look carefully at the top of the screen and replay if you need to! Tee hee. I wish I knew how to make a GIF.

Inox has a few guest taps in addition to their own. That day, I went with the Mystique Sparkling Cider. I love that they don’t ever put ice in the glass when serving cider, which is becoming more and more common in The States and was always assumed when we were in Ireland. 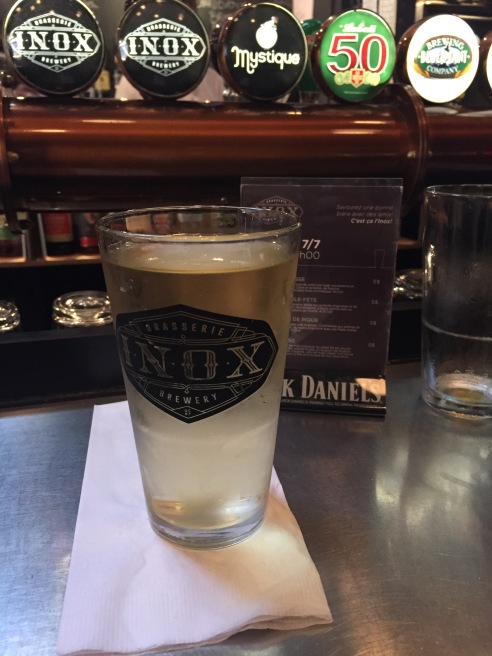 Oh! There was also the beef jerky. Rob loved the fact he could find that on a menu!

After Rob’s epic hot-dog experience, we continued to walk along the Grande Allée further away from the Old Town. We had intended to go far enough to take another street that intersects Rue Saint Jean. We had a list of little recommended hot spots we wanted to check out on that street. It was time for some hopping!

But along the Grande Allée, I spotted this cute little church with the doors swung open. It had a sign that read in French, “For Lease. For all types of business.” 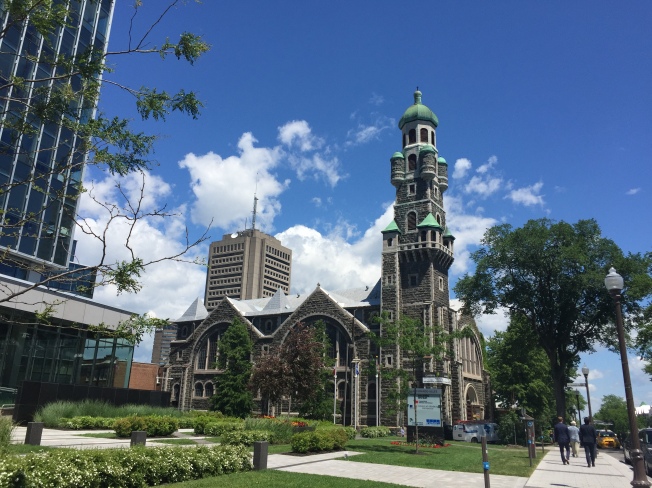 But the doors where open and from across the street I could tell that there some lights strung about. Was it a bar or restaurant? I had been to a church-turned-bar in Belfast back in 2000. I was curious…

But it was even better. Here is what we found: 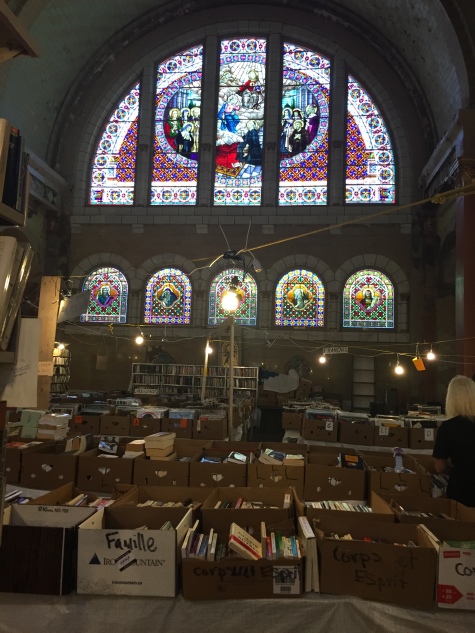 This was a secondhand book sale! I was in heaven. I could have spent hours in here just looking… There were hundreds and hundreds of books in this run-down church. It was really in need of repair. It would be so beautiful! Just look at the stained glass and tiles on the walls… 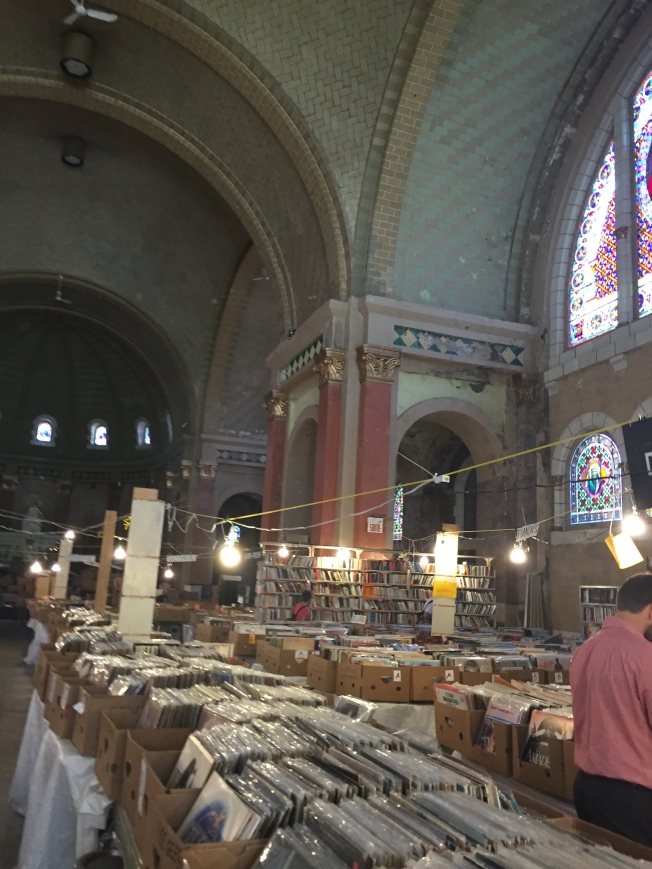 There was a small section with books in English. However, most of all of the books and albums were in French.

And when I found these, I just had to take a photo for my mom:

Her favorite author’s books all translated in French. 🙂 Finding surprising things like these is why I love exploring new cities!

As we came up on Rue Saint-Jean and were about to take a right to make our trek down it back toward the old town, I saw a sign to the left that read, “Le Projet – Spécialité Microbrasseries”. I knew what each of the words meant, but I couldn’t determine what the building was. My first thought was that it was a home-brew supply store called Le Projet {The Project – great name} that specialized in microbrews.

But then I took a peak around the corner. The room was filled with people sitting at tables! It was a little bar, gastropub actually, that specialized in microbrews!

I ordered the Boréale Concombre & Basilic (cucumber and basil) beer – tap handle on the far right. 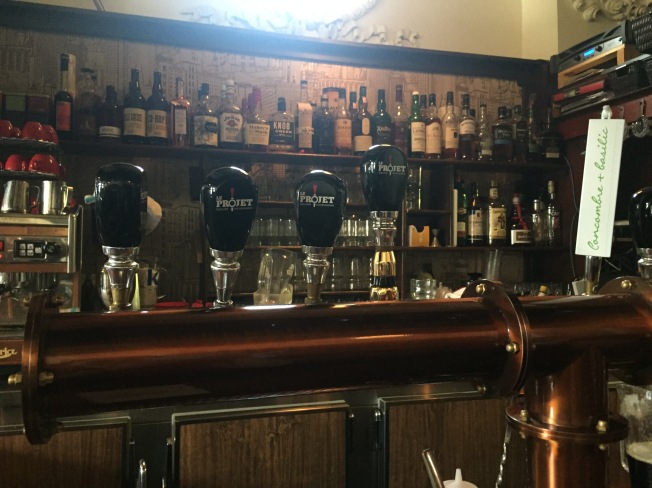 It was a saison-style beer. Rob hates saisons and he hates cucumbers. So I guess it was kind of mean of me to offer him to try it without him knowing what it was. He hated it instantly! I just wanted him to have an open mind before he knew what the beer was!

I’ll tell you this, though, I do like cucumbers. In fact, I LOVE them. I eat them all summer long. But I’ve slowly learned that I don’t like cucumbers in my drinks. I made a mental note. Then I noticed any gin cocktails I saw on menus throughout the trip always had cucumber in them.

Have you ever discovered something surprising in an old building?

Other posts on our trip to Quebec City: