A couple of weekends ago marked the grand opening of a new brewery in the southern suburbs of Minneapolis-St. Paul! 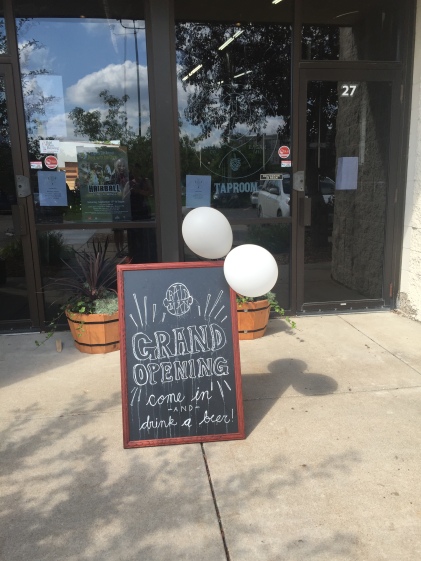 The grand opening of Bald Man Brewing Company was on Saturday with a soft opening for family and friends a day or two prior. After seeing how packed the place was on Saturday, I am certainly glad that we didn’t take my parents there while they were in town that weekend!

Instead, Rob and I went on Sunday afternoon. There was no real signage indicating directions to the building, but we found it eventually around the back. And we were able to pull up a couple of seats to the bar. Much nicer than a packed grand opening! 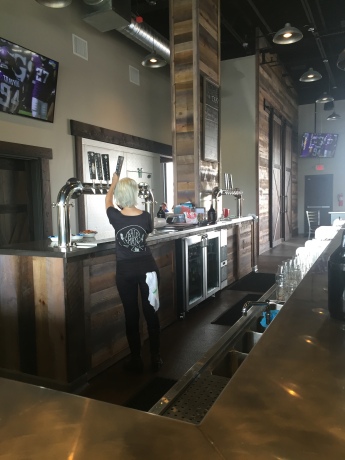 As to be expected at the beginning, the beer list was rather short and somewhat basic.

I overheard a bartender tell a customer that while they currently only have four beers on tap, they plan to average about six at any given time. It sounds like their Oktoberfest will be available shortly {if it hasn’t been already by the time of this post}.

For sitting at the bar, we had quite the time getting service. I thought we were invisible because the people on either sides of us got served in no time! I went with their Tupelo Honey Brown Ale, which I vaguely recall being their signature beer. 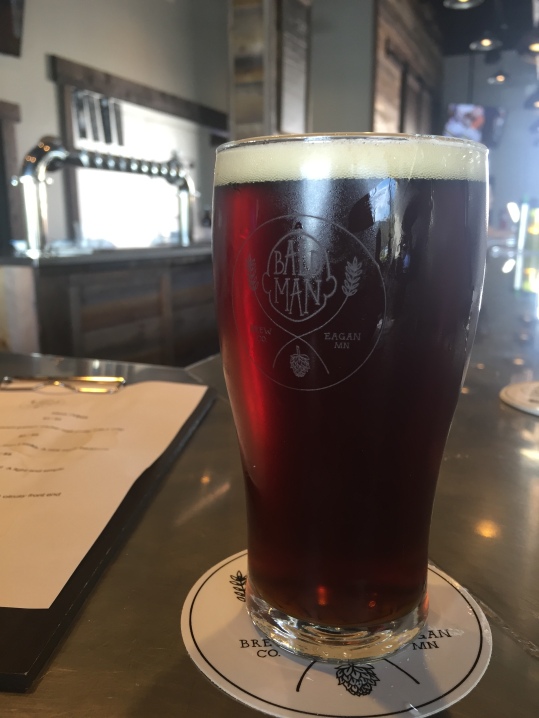 There is definitely some money invested in this taproom. I like the open and spacious floor plan. 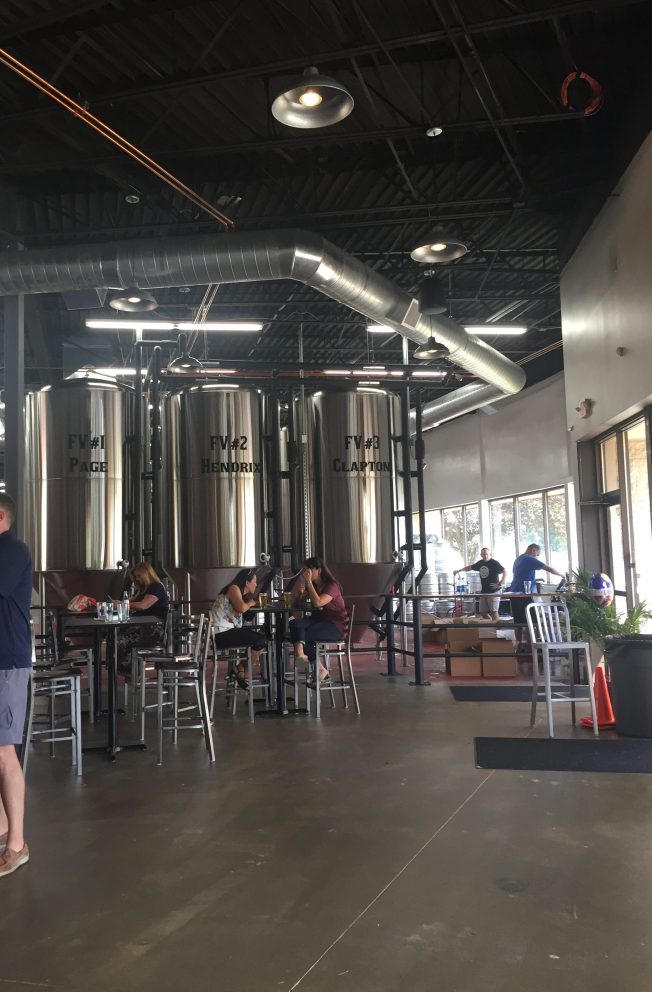 To the left of that entrance area is even more room with more tables and an open garage door to the back patio. That concrete floor also helps make the tap room dog-friendly! Dogs were already visiting that day. 🙂

Look a little more closely at those tanks and how they are labeled: 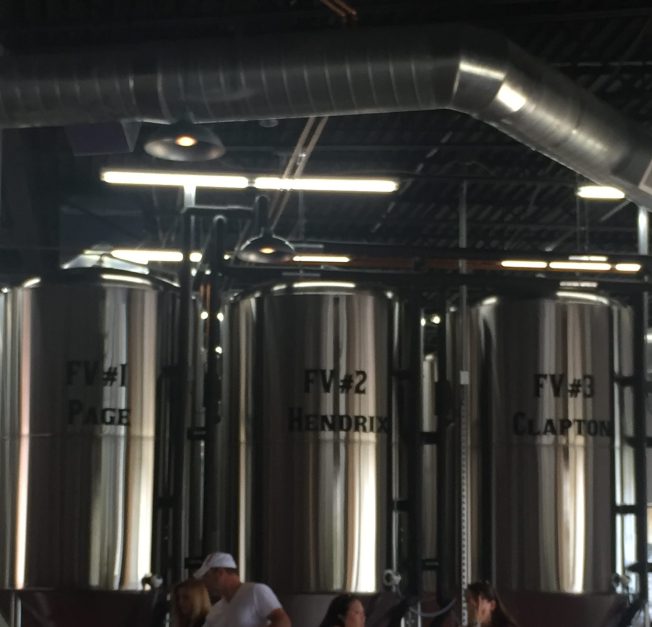 I think someone is a fan of the guitar!

Bald Man Brewing does not sell food, but on the day of their Grand Opening, a few food trucks were parked there. There was no food truck there on Sunday and no indication that food was welcomed to be brought in or delivered, but I don’t see why not. No one was doing such, though. So we went elsewhere for dinner.

Great start, Bald Man! We will be back to see what other beers you plan to concoct.