Last week, I started to tell you about the North Shore Brewery Tour I surprised my husband with for our 5-year anniversary. I want to let you know all of the details because the Get Knit company who organized it truly thought of everything down to the last detail. You can read more about them and our first brewery stop here in Part I of the North Shore Brewery Tour recap.

After spending an hour over at Blacklist Brewing {enlightening experience!}, our bus took us off to lunch, where I had chosen to have a… 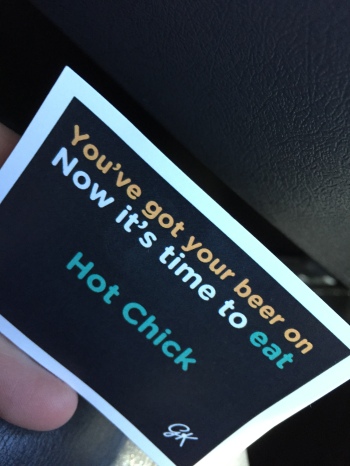 Canal Park Brewing is a brewpub that offers your standard styles of beer along with American pub fare. Everything went seamlessly upon arrival. Because of the size of our group, they had our samples waiting for us at our tables. Let’s get right down to business! 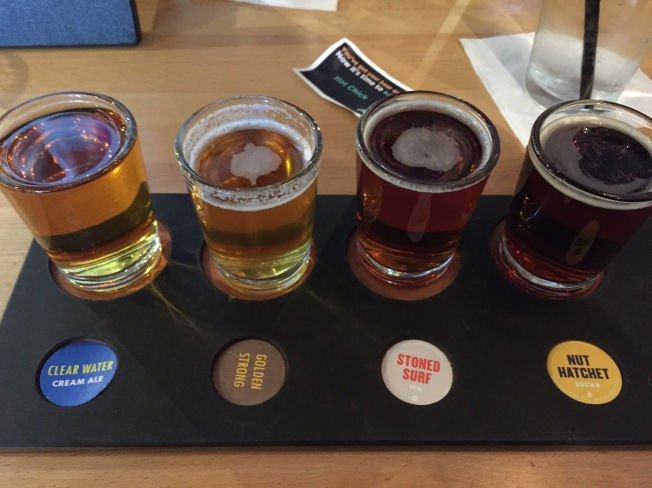 My fave of this bunch was the Nut Hatchet Brown Ale.

Our food came out immediately, too. We were both so glad we didn’t get the burger! As those were being delivered to our table, they did not look good at all. Rob ordered a Brewskie; with which he was not exactly thrilled. Look at that dry bun. 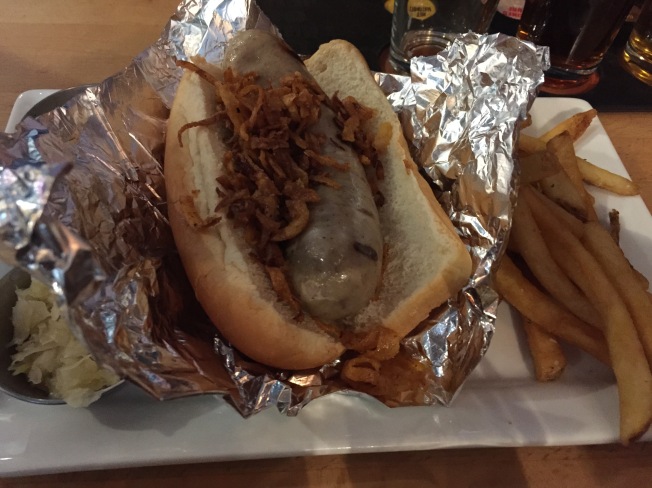 My Hot Chick – a buffalo chicken sammy topped with blue cheese – wasn’t even worthy of a photograph. It was all {ciabatta} bun which made it taste dry. After one bite, I took off the top bun and just ate the {also dry} chicken. The flavors were pretty muted for buffalo and blue cheese.

I did learn a thing or two at Canal Park though!  Here’s why all pubs should use 20 oz “pint” glasses…

And I love this advice… 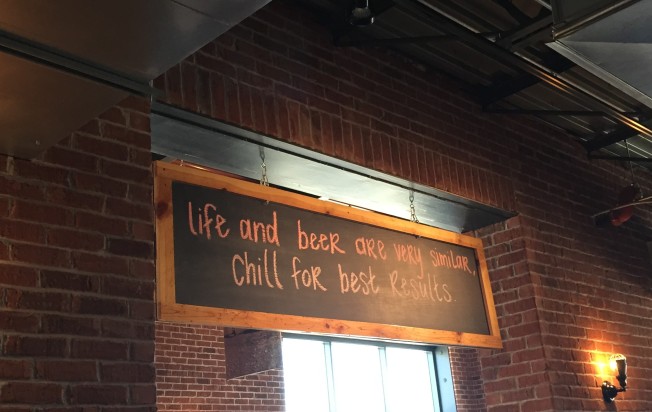 Overall, we weren’t impressed with the food nor the beer at Canal Park. I’d recommend skipping it if you are doing a brewery tour on your own; but the view from their patio can’t be beat! And on a brewery tour, you need to eat sometime… 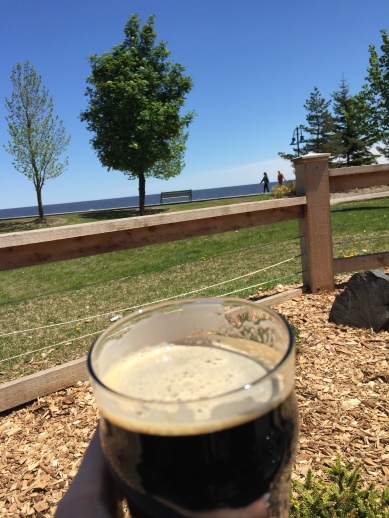 For the record, I love porters but couldn’t finish this one. It just Was. Not. Good. 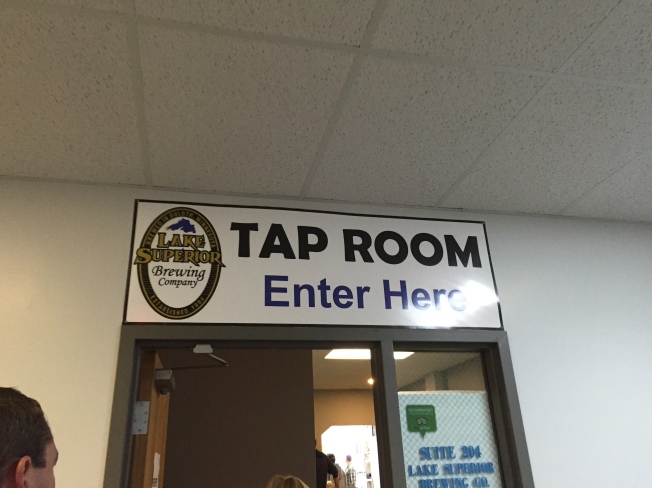 Next up was Lake Superior. Our tour guides said we’d get an interesting view on brewing from these old-school guys. Rob and I are familiar with Lake Superior Brewing because we’ve seen them around for quite some time. They have been brewing since 1994, before I could even drink beer. 😉 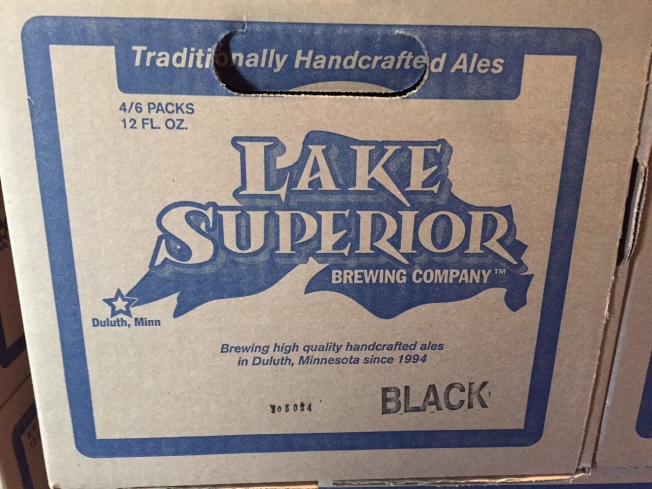 Rob has always chuckled at the labeling of one of their beers: 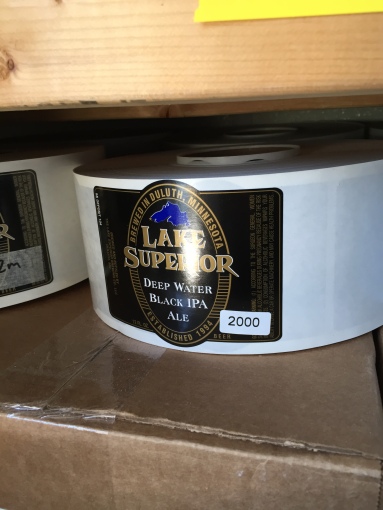 Black India Pale Ale Ale is a little redundant, no?

They are Minnesota’s oldest micro brewery. 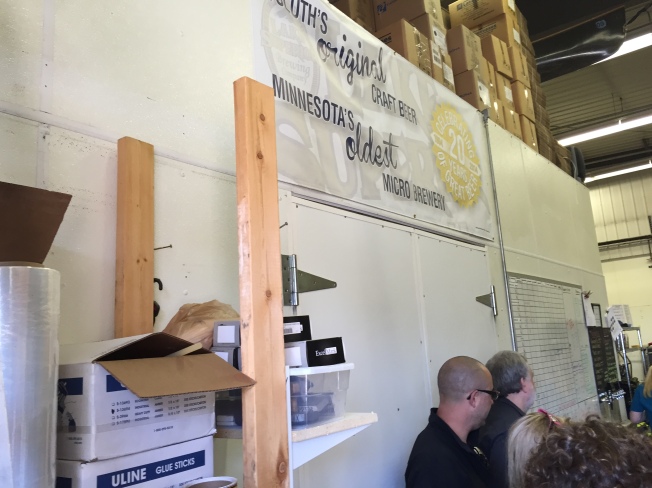 One of the nice things about our Lake Superior stop is that we could sample several beers.

The thing that surprised us most was in what small of a space Lake Superior still operates.

Still bottling six at a time…

Some of the people in our group had become a little tipsy at this point. 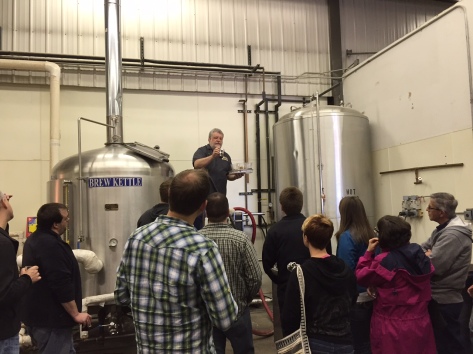 What interested me most is how jaded the brewer seemed. Jaded and exhausted. I got the feeling as if they’ve been doing this so long and they are still waiting for the money to come in. They only have about six employees and some of them have other full-time jobs! The brewer described brewing as 80% janitorial and 20% inspiration. Our visit to Lake Superior Brewing Company was eye-opening in how much it takes for a brewery to operate. 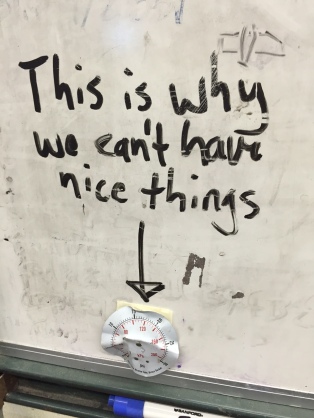 Will this be some of our other young brewers in 20 years? Does starting a brewery take wealthy investors to grow quickly? Will all the brewers we’ve met over the past couple years during this craft brew craze lose their passion? I’m not sure that I want to know the answer to that. 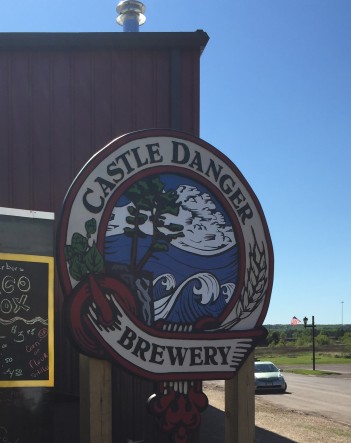 I am so glad we made the trek up the North Shore to Castle Danger Brewery in Two Harbors. If we were to put together a beer tour ourselves, we would have not even considered this one because we try to arrange brewery crawls so that the locations are close in proximity to each other. This was a good 20 minutes or so north along the coast; but it was well worth it.

Because it was my favorite brewery of the tour!

Upon arrival at the brewery, we were told that we’d be given samples and then could take an optional tour. The taps were ready for us and I thought I heard the tapper say “bourbon barrel” something or other.

Yes, they age their George Hunter Stout in Jack Daniels whiskey barrels, which technically isn’t bourbon; but I don’t care. Of course, that is the first thing I asked for as my sample! You know me! 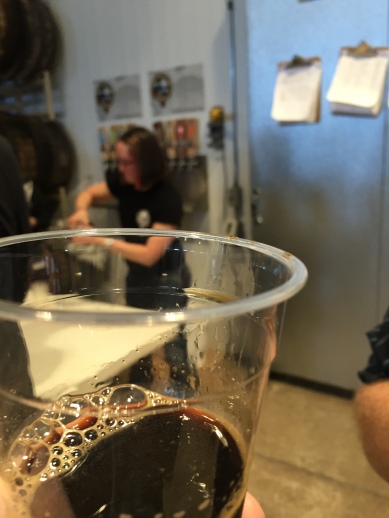 I also love the name: Gentleman George Hunter. Appropriate for a barrel aged beer, no? They also had a Sommelier George Hunter available. Can you guess what that stout is aged in? You got it – red wine barrels!

I politely pulled our tour guide aside and asked him if we could skip the tour and spend some money in the taproom. This was not a problem!

After a few purchases… 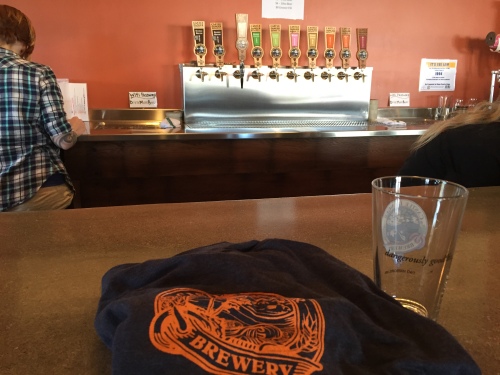 We barreled (no pun intended) our way to the bar to buy a beer. 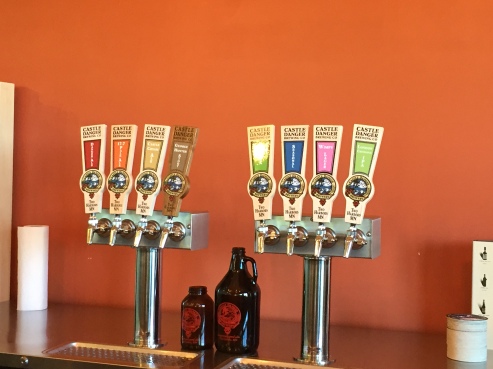 Team Danger took care of us. 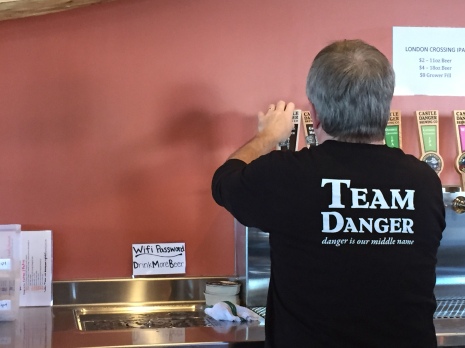 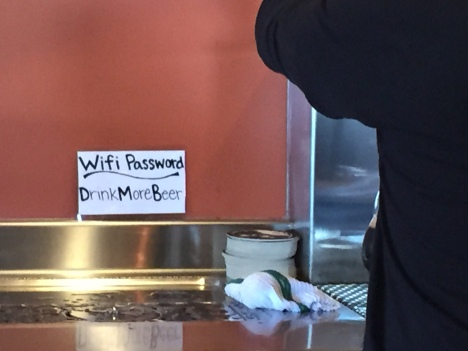 That Sommelier George Hunter was excellent. I would need to have the Somm & the Gentleman side-by-side to explain the nuances, but Rob said he liked the Somm even better.

Rob disappeared for a bit to get us some nachos from the Taco Box food truck outside. It looked good, but I wasn’t entirely impressed. Your basic nacho chips out a bag. 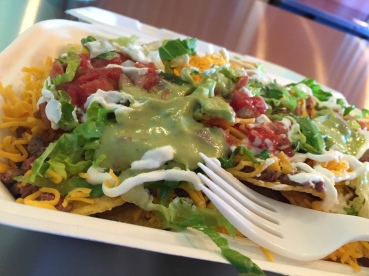 Instead, I just sat back and sipped that red-wine-barrrel-aged stout in all its glory. Yes, Yes. This is what makes beer so interesting. And I have to agree, Castle Danger does have some: 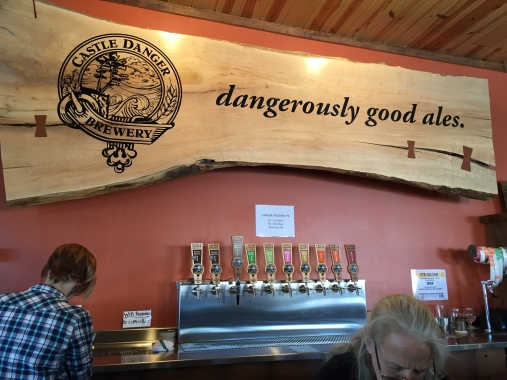 One thing I really enjoyed about this North Shore Brewery Tour is that the breweries were so different from each other. You’ll see next week why the last two stops on the tour were different as well!

If so, what has been your favorite?