Have you ever had a savory tea?

I hadn’t even heard of them until they started arriving in some of my subscription boxes. In fact, they came in two different boxes in the same month. And what I found…

…is that i love them.

You might be surprised by the first one that I tried…

If you know me or have been following this blog for any length f time, you may know my disdain for broccoli. I can’t stand the smell of it. I gag. So you’d think I’d skip this tea entirely. But I was willing to give Numi’s Broccoli Cilantro Savory Green Tea a try.

And I loved it.

I think the cilantro came through a little more and the turmeric gave it a nice spice and flavor. But it absolutely was savory and will hit the spot if you are craving something of the sort. I think it could satisfy an afternoon urge to snack. Here are some suggestions that Numi gives on when to enjoy a savory tea: 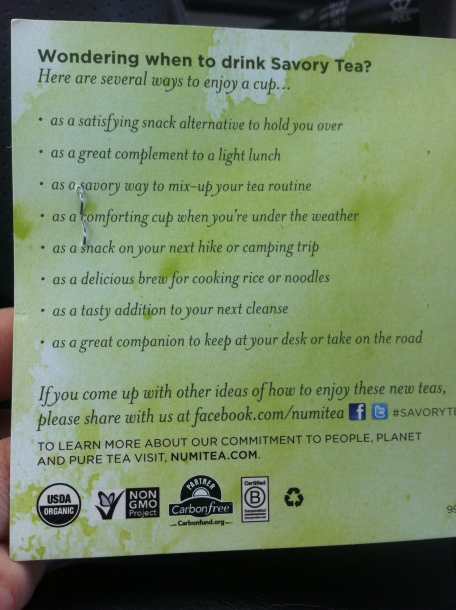 I love all of those ideas. A few weeks later, I remembered that I had a couple more savory teas from the other food box from that month.

This brand was Millie’s Savory Teas. 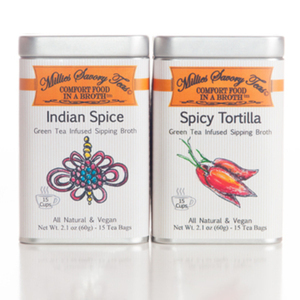 “Green tea infused sipping broths” is how Millie’s Savory Teas are described. The first one I tried was the Spicy Tortilla. It tasted just like you would expect it to – like a tortilla soup broth. So flavorful!

The Indian Spice was just as good: 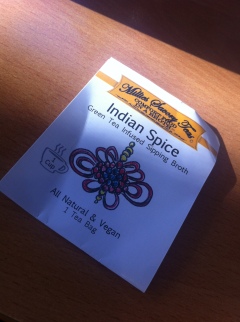 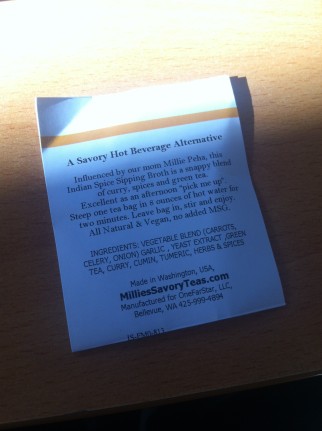 I have been on a tea kick lately and I like the opportunity to mix it up a bit with the savory ones.

Have you had a savory tea before?

If so, what flavor?

When would you drink a savory tea?